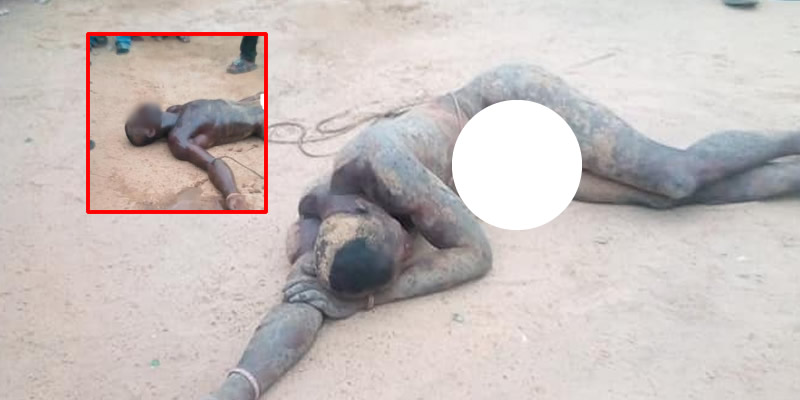 The suspect popularly known as ‘Osieke’, who is also a bus driver at Elele park, was nabbed by ONELGA Security, Planning and Advisory Committee (OSPAC) in Rivers State.

It was gathered that the suspect who’s accused of giving out information to kidnappers – was beaten mercilessly at the office of the security agency as residents gathered in their numbers to watch.

He was later handed over to the police for further investigation and possible prosecution.