The Biafra Nations Youth League (BNYL) has faulted the arrest order against Nnamdi Kanu, leader of the Indigenous People of Biafra (IPOB). Federal High Court sitting in Abuja presided over by Justice Binta Nyako, gave the order while deploring the continued absence of Kanu from court.

Justice Nyako also revoked the bail she granted Kanu in 2017, and directed that the proceedings of the trial will still continue even in the IPOB leader’s absence.

Reacting BNYL, through its Deputy Leader and Director of Operations, Biafra Broadcasting Service, Ogar Takon, declared that the court ruling was an injustice. 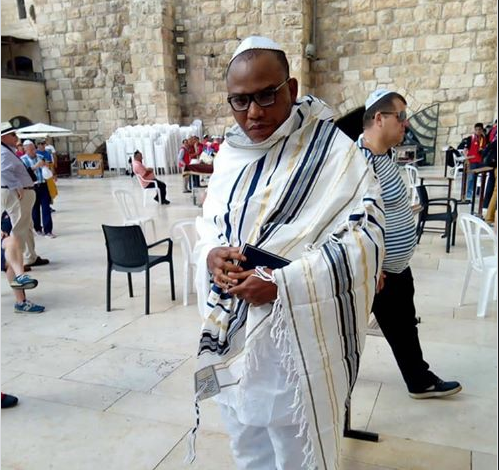 A statement he signed on Friday read: “The judicial system is regarded as the last hope of the common man in every nation, but in Nigeria, the reverse is the case, it is not. Instead, the court harbors corrupt judges worst than politicians”.

“The court ought to have considered the illegal invasion of Umuahia by men of the Nigerian Army during Operations Python Dance that forced the IPOB leader to flee for safety.”

He challenged the federal government to also arrest the leaders of Boko Haram.

“It will make sense if the court orders the arrest of Boko Haram Leaders for trial”, he continued. “Because Biafra agitators are visible, they feel they can exercise power over us. They are simply encouraging us to go underground because no one would want to be handled by the enemies in Nigeria.

“They should know the implications of we going underground, it will be terrible and disastrous even more than militancy,” Takon warned.

Nnamdi Kanu was charged to court for treasonable felony by the federal government, was in the course of trial granted bail on health ground aside other conditions on April 25, 2017.

However, Kanu went underground in September 2017 following the deployment of Operation Python Dance troops to the Southeast when his Umuahia country home was allegedly raided by soldiers. The pro-Biafra separatist was later seen in Jerusalem on October 19.

Nnamdi Kanu Speaks on ‘re-arrest’ of Sowore in Court