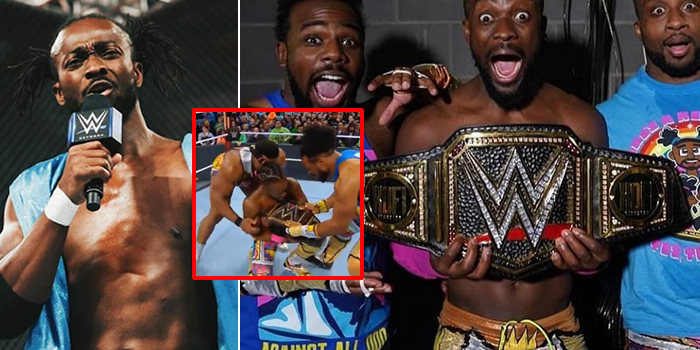 Kofi Kingston is, finally, after 11 years in WWE and steadily grinding toward something that hardly seemed possible, WWE champion.

He won the title from Daniel Bryan at WrestleMania 35 at MetLife Stadium in New Jersey, and you can imagine the emotions coursing through him.

The WWE veteran and one-third of The New Day fought out of a long attempt from Bryan to work the crowd into a frenzy.

He reversed Bryan into a ground-and-pound sequence before returning the favor from moments earlier by holding Bryan’s arms and ruthlessly kicking him to the face.

Kingston lined up and hit his Trouble in Paradise finisher to set off fireworks in the stadium shortly after the pin.

Dwayne ‘The Rock’ Johnson ties the knot with longtime…

The celebration sequence was one of the most memorable in recent history as Kingston’s two sons joined him, along with Xavier Woods and Big E, in the center of the ring.