If there is anything Tonto Dikeh loves to do on social media, its sparring with her ex husband, Oladunni Olakunle Churchill whom she insinuated is an internet fraudster.

The actress has continued to blast her ex-husband, Olakunle Churchill after she was accused of selling his car.

Tonto Dikeh sold the N14 million car despite the fact that it wasn’t bought in her name.

She took to her Instagram account to mock Churchill as she says she could have sold other properties too. 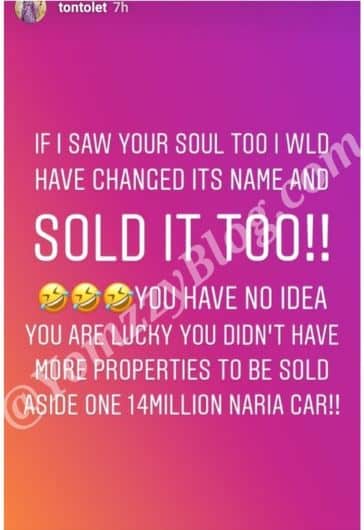 The case has been taken to the court of law.