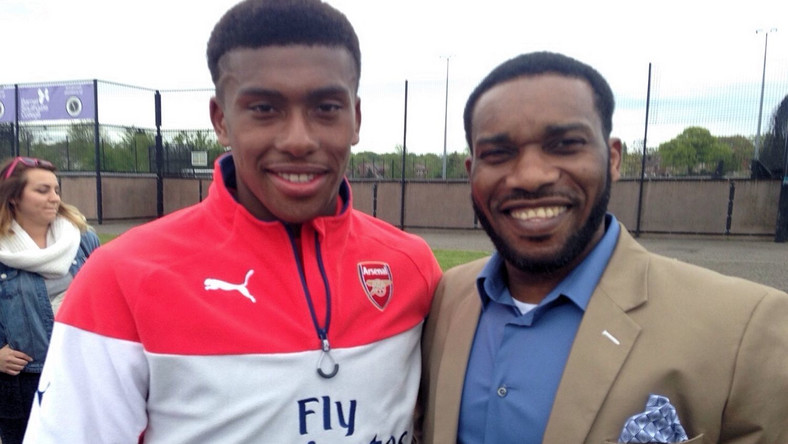 Alex Iwobi Speaks On Being Compared To His Uncle, Jay Jay Okocha

Alex Iwobi wants to match his uncle Austin ‘Jay-Jay’ Okocha by winning the Africa Cup of Nations with the Super Eagles at his first attempt. Okocha was part of the winning Super Eagles team in 1994 at his maiden appearance at the AFCON finals.

The 22-year-old was born in Lagos to Okocha’s sister and arrived in the UK aged four. The Arsenal winger is expected to play a key role for Nigeria at the 2019 AFCON finals this summer in Egypt which will be his first appearance.

“I’ve seen some of his highlights from 1994 and it would be cool to achieve that as well,” Iwobi told BBC Sport. “I’m excited, I have always dreamt of participating and representing my country at the Africa Cup of Nations, but it won’t be easy for us in Egypt

“Both dreams are coming true, hopefully I can get to play in Egypt.”

Nigeria, who won a third title in 2013 but have missed the last two tournaments, will start the AFCON finals in June from Group B against Guinea, Madagascar and Burundi.

Iwobi admits that he is still learning about just how passionate Nigerian fans are.

“I thought I understand what playing for Nigeria truly means, but the more I play in Nigeria and travel home, the more they [fans] make me believe bigger than I have always dreamt of,” he added. “The more I see the the passion, the hunger that everyone wants for us to get there and do well. I think when I get there I will understand a bit more than I do now.”

Iwobi represented England at under-16, 17 and 18 level before switching allegiance to Nigeria, and has made 27 appearances for the West African nation.

Despite saying he wants to be his own man, the local media and fans continue to liken him to the former Super Eagles captain and Iwobi is unruffled.

“I can never get tired of people comparing us. I see my uncle as an idol, someone I have always looked up to as a footballer,” he said.

I will never have sex, it is a ghetto act – Hushpuppi

Okocha speaks on scandals during his football career

I will give Alex Iwobi AFCON winning tips – Okocha

Bundesliga made me who I am – Okocha