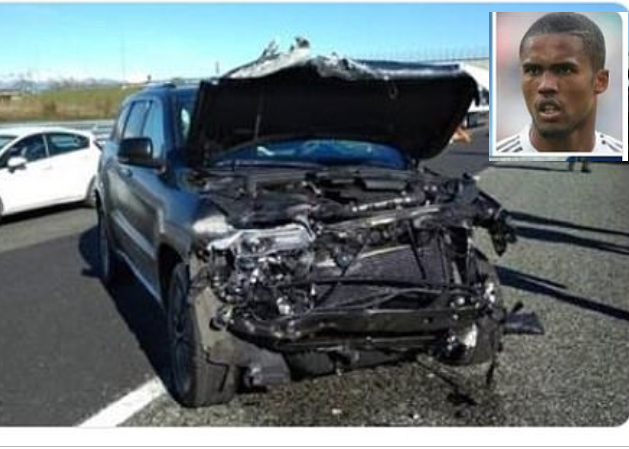 Juventus and Brazilian footballer,  Douglas Costa reportedly escaped unhurt after being involved in a huge car crash in Italy.

According to Mail Online Sport, the incident occurred on Monday on a motorway in northern Italy as the forward was returning to Turin. His Jeep Cherokee was involved in a collision with a Fiat Punto, with the driver of that car taken to Biella Hosptial for minor injuries.

The accident is being investigated by the Novara Est traffic police as they seek to find out how the crash started.

Before the crash, Costa had taken to his Instagram page earlier in the day to share a photo of himself sitting behind the wheel.

See more photos of the huge amount of damage done to both vehicles below. 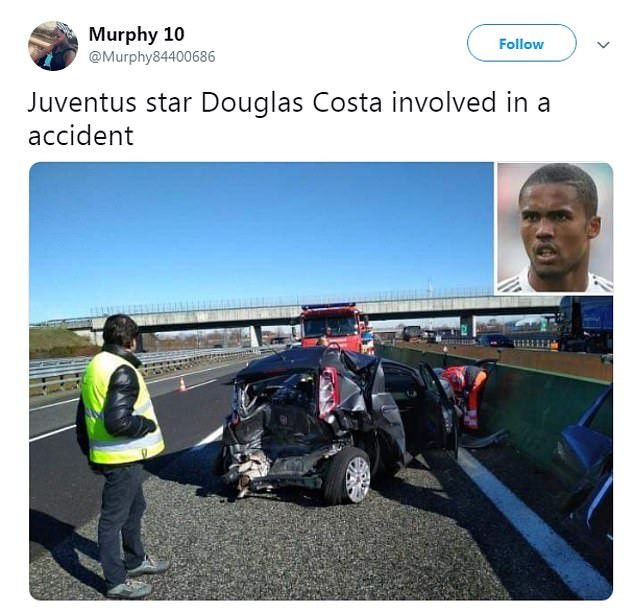 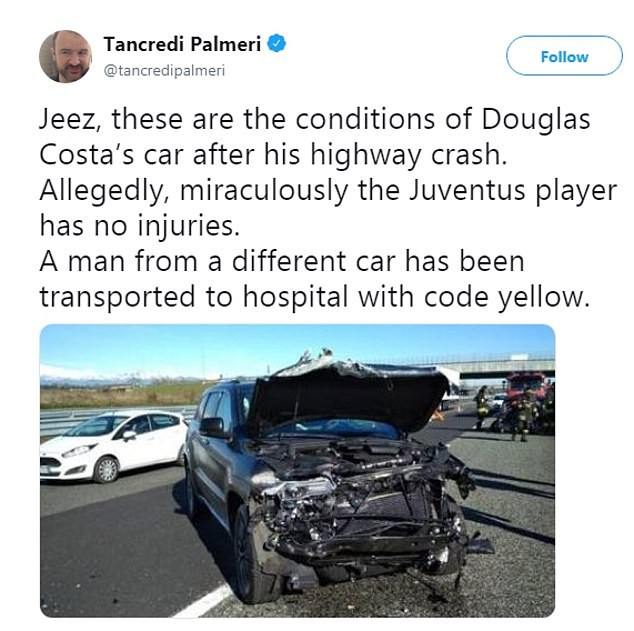