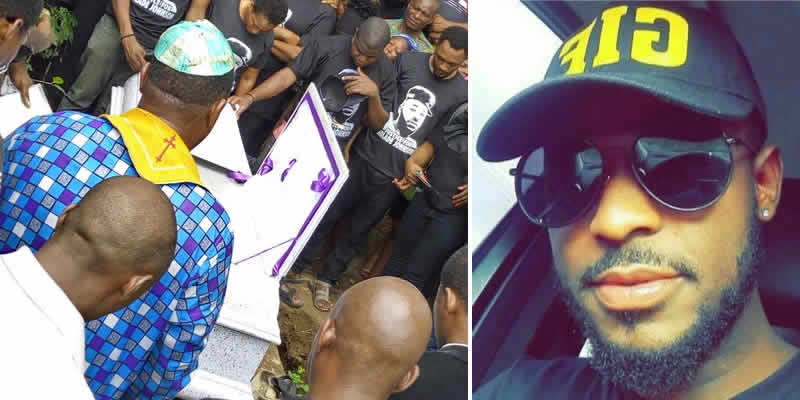 Video: Friends of Kolade Johnson pays ‘last respect’ to his remains before the burial of the SARS’ victim

A Nigerian man identified as Kolade Johnson, who was shot dead by some SARS officers was buried yesterday.

Kolade Johnson was killed after been hit by a police officer’s stray bullet during a raid in Lagos.

Below  are photos and videos from the burial ceremony. In the photos, many people can be seen in black t-shirts with a photo of the late Kolade in the front and #EndSARS behind.

Kolade was the only son of his aged parents before his life ended by a trigger happy police officer.

His bereaved friend while commenting on the day of burial lamented on delayed justice for the young man, see some reactions below.

Capstone wrote;
So today the innocent guy (Kolade Johnson) has been buried just like that. It’s so sad.
However, we pray his gentle soul rest in peace; Amen.
But we that we are alive, let’s come together to fight for his justice by first coming together to #EndSARSNOW #endsarsbrutality

See photos from the burial below.