Nigerian singer, Naira Marley recently sated that slavery is justification for internet scams, suggested that people who understand slavery will understand the necessity of ‘Yahoo Yahoo’.

Nigerian singer, Naira Marley, has taken to Instagram to defend internet fraudsters popularly known as ‘Yahoo-Yahoo’, saying it is not a crime.

Naira Marley was reacting to the controversy sparked by Simi after she called out internet fraudsters and the singer feels Internet scam is not a crime.

If u know about slavery u go know say yahoo no b crime. 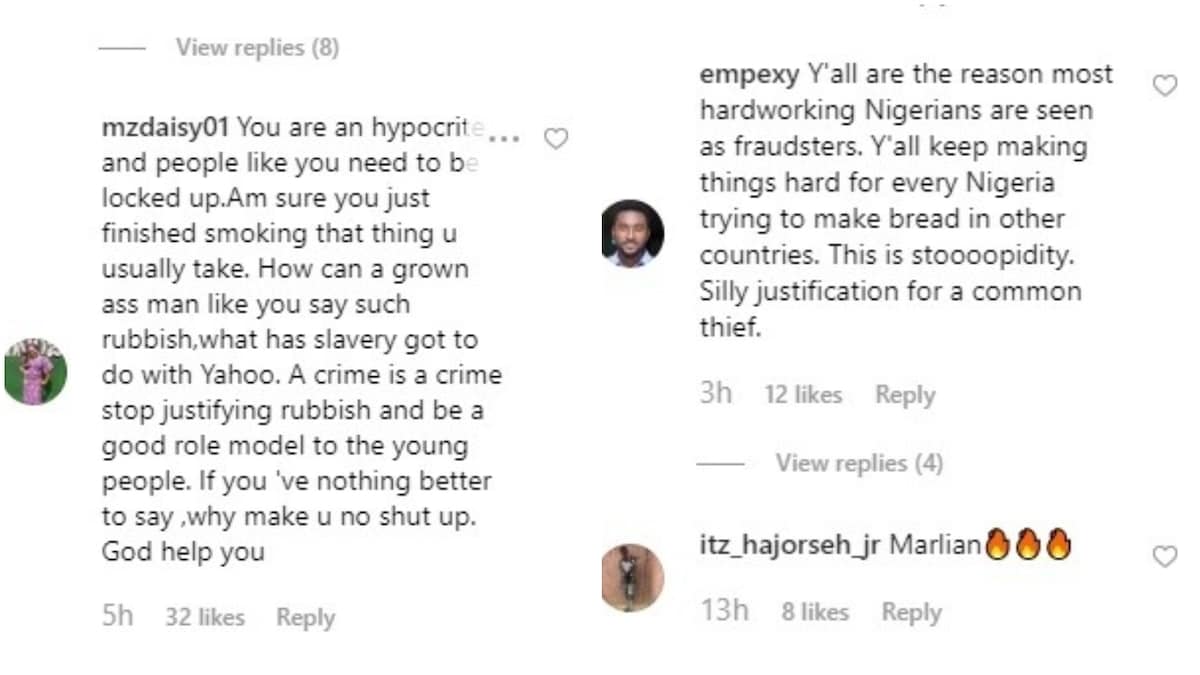 Meanwhile, Nigerian singer, Simi, had earlier this month gone all out on internet fraudsters (popularly known as Yahoo boys), as she banned them from buying her music.

Simi in Instagram live session, slammed yahoo boys who according to her should not buy her music with their ill-gotten wealth.

She made this known after a fan in a live video chat, asked Simi to stop blasting Yahoo boys as they are the ones that buy her music most.

The singer stated that what is bad is bad, also noting that some of those involved in internet fraud have gone a step further by doing rituals.

All over the world, it has become quite popular that some Nigerian guys engage in internet scams. In fact, a popular joke is often shared on the internet about a Nigerian prince looking to dispose of the bulk of wealth he has – a well known line used to capture the attention of victims who end up being defrauded of their hard-earned money.

While security and anti-graft agencies try their hardest to combat the crime by arresting the criminals, internet scams are still very much carried out and sometimes, even glorified by singers.