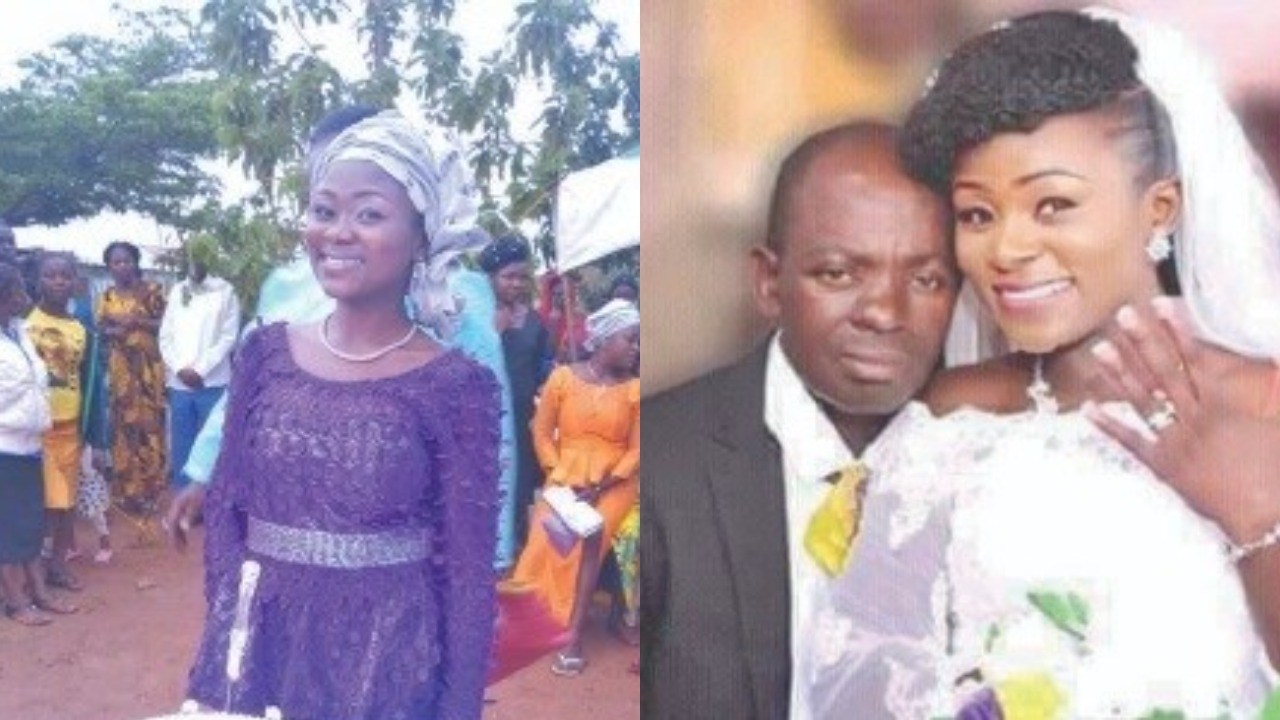 Nigerian Man Dies Two Hours After His Wedding In Jos.

A man identified as Felix Rwang Danjuma, a native of Rim district in Riyom Local Government Area of Plateau State, died at the Jos University Teaching Hospital (JUTH) – two hours after his wedding on Saturday April 13, 2019.

The Late Mr. Felix, who was 45 years old, died wearing his wedding suit while the bride was heading home in her wedding gown when the shocking news reached her.

He was rushed to Jos University Teaching Hospital at about 3:30pm after the exchange of wedding vows at the church and gave up the ghost at 5:30pm. Right from the church, it was learnt that he started having strange feelings that made it difficult for him to breath.

On arrival at the hospital, those who knew him were hailing him in the male ward, a situation which attracted people to his bed. He danced and celebrated with people in the hospital after he regained consciousness. He was asking people to go and rest but those close to him said he was the one that needed to rest. News went round that Felix was in a stable condition and the bride was happy celebrating with her friends in anticipation that he was going to be discharged later in the day.

Felix later decided to sleep but failed to wake up two hours after he was brought to the hospital. Those who were beside his bed didn’t know that he was dead. It was discovered when they noticed tears in his eyes and blood gushing out of his nose.

The attention of doctors on duty was drawn immediately to his condition but it was too late to save his life as he was confirmed dead. The sad news turned the wedding celebration into mourning, the guests became sympathizers.

His death immediately generated lot of speculations. While some people were suspecting a witchcraft attack, other thoughts were running riot in the mind of the 24-year-old bride, Keneng who cried and wailed hoping a miracle would happen.

Narrating to Saturday Sun how her hope of being together with her husband was dashed two hours after their wedding, the 24-year-old Kaneng said her husband became sick during the preparation for their wedding and recovered before the event.

She said: “He was hospitalized after our traditional wedding at Bingham University Teaching Hospital Jos and was discharged after some days. He was hale and hearty as the wedding plan was going on smoothly with high expectations.”

Three days to the wedding, he was struck with an ailment and was rushed to Jos University Teaching Hospital. After diagnosis, he was confirmed to be diabetic.

According to her, he was brought to the church from the hospital on the wedding day where they tied the nuptial knots with a vow to love each other till death parts them.

Keneng was not expecting that her husband would die in such circumstances. Her prayer was that he was going to be discharged from the hospital on the wedding day.

He was however returned to the hospital even before the wedding reception ended based on doctor’s advice. Her expectation was that her husband would return home that fateful day after medical examination. But unfortunately, he died.

The funeral rites were conducted on Thursday April 18, 2019 at his village in Rim district of Riyom Local Government.