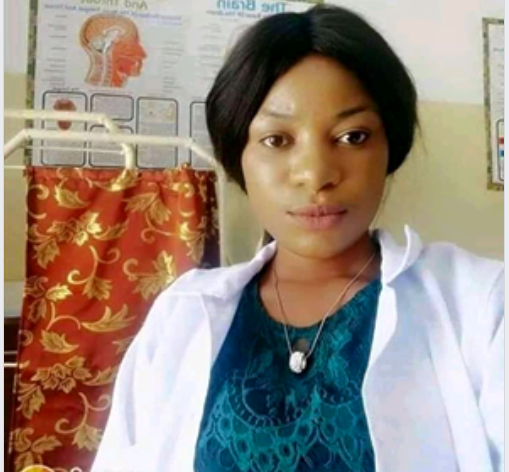 Missing Lady Who Was Found In A Hotel With Married Man, Blasts Fiance

A medical student who went missing a month ago and was later found with a married man in a hotel – has castigated her former fiance for cancelling their wedding.

Ms Chanda Mutale from Kalundu in Zambia, yesterday met her former boyfriend and his family in Lusaka where he called him “foolish” for cancelling their wedding.

She told Mr Malumba that she has the right to go out with the man of her choice. “But why cancelling the wedding, you are very foolish. You just wasted my time”, she told her former boyfriend.

Family members said despite having sex with a married man when she was engaged to another man, Chanda Mutale wanted her wedding with Marvin Malumba to go ahead, but unfortunately her boyfriend refused forcing her to call him foolish.

Two weeks ago, Marvin Malumbo said he was really disappointed with his fiancé for cheating on him with a married man when he has paid everything to her parents towards the marriage.

Mr Malumbo said he got engaged to her 2 years ago and their wedding was supposed to be held after she completes her course. Mr Malumba said he is the one who is fully supporting her with school fees as her parents are unable to do so. He said said he was shocked to learn that the same man she was with in a hotel had impregnated her twice without her or any of her relative or friends telling him.

“Its now that her college mates are telling me that her same sugar dad impregnated her twice last year when she is engaged to me. I have never had sex with her because we promised each other that everything will be done after we are legally married. We go to the same church, am faithful to her not knowing she is not faithful herself”, said Marvin as he struggled to hold his tears yesterday.

Mr Malumbo has since cancelled the engagement while Chanda Mutale is still crying in shame of what she has been doing to her man.