In a shocking news that has just hit the entertainment industry, “Way” Crooner , Davolee has allegedly dumped YBNL for a new record label.

which suggest that the artiste may have dumped YBNL after spending two years with the label. 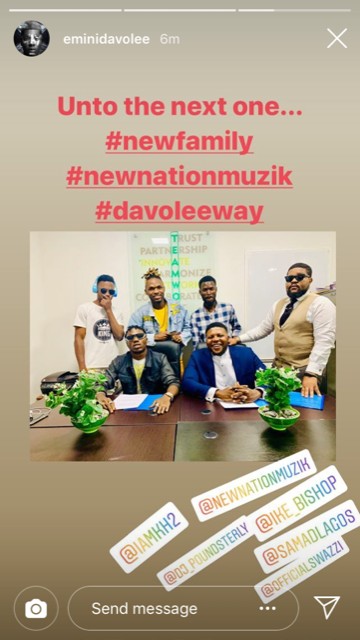 Inside sources say the artiste may have made the new move for New Nation Muzik due to his dissatisfaction with the way he was managed at his former label as the sources say he was never offered a real contract.

The artiste has now deleted the post sparking even more rumours that all is not well between YBNL Boss Olamide and Davolee.