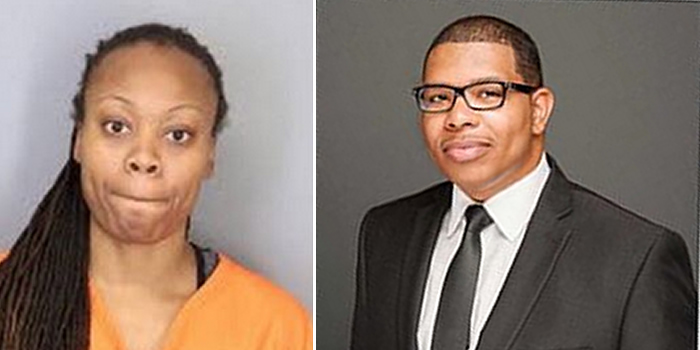 Sidechick kills pastor after his wife let her inside their home

She opened fire on Brodes Perry, a pastor of assimilation at St. Mark Baptist Church in Little Rock, and his wife, Tabatha, at their home outside of Memphis, U.S, killing Brodes and injuring the wife.

Tabatha told police that they met Daniels while living in Little Rock, Arkansas, and that she thought the unannounced visit from her was “strange.”

“Tabatha stated she was unaware of Brodes having an affair, but Latarshia‘s actions and statements led her to believe that she was possibly having an affair with her husband,” the incident report said.

The wife told the police that she had opened the front door and stepped outside when she turned and saw the suspect remove a handgun from her jacket and fire several shots at her husband.

As she was shooting, Daniels repeatedly said, “You broke my heart,” according to the affidavit. She was reloading the Ruger 9 mm handgun when police arrived.