Under the new agreement signed with UMG, Tiwa’s future music will be released internationally through the music company’s operations in more than 60 countries worldwide

The ‘Ife Wa Gbona’ crooner exited the Nigerian company after seven years to begin another face of her career with American music company, Universal Music Group (UMG), which is home to the likes of Taylor Swift, Rihanna, Lady Gaga and more.

Confirming her exit from Mavins, Don Jazzy shared a farewell message to appreciate the music diva for an amazing seven years with the label. 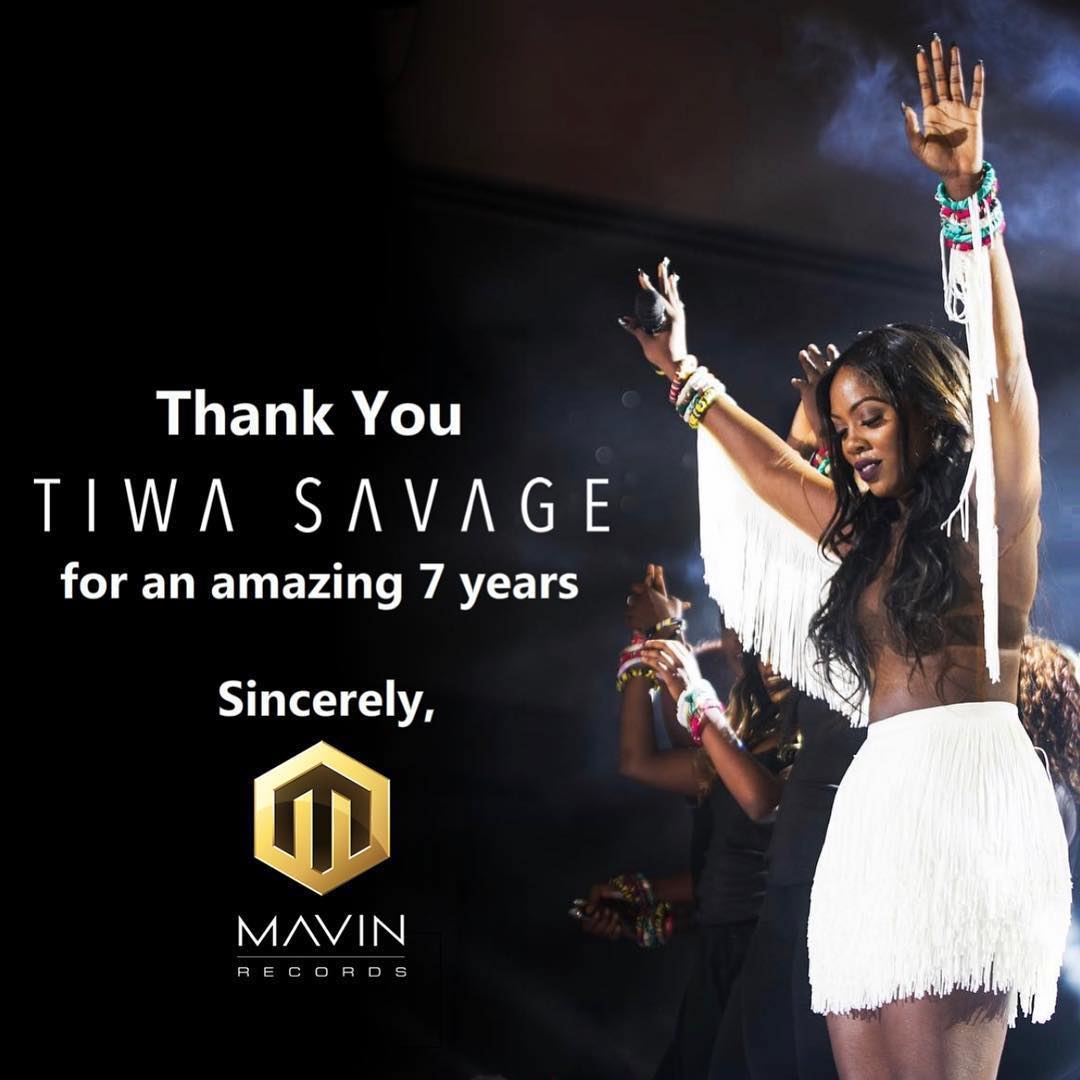 “Our darling Tiwatope. We at Mavin would like to say a very big thank you for being such an inspiration to all of us, a friend, a sister.

“It’s been an epic journey with you and we are very proud of what we have achieved together. As you start this new chapter in your life we want you to know that we are solidly behind you and can’t wait for the world to see what we have always believed you can be.

“Your jersey as the first lady of Mavin will forever be yours as we do not intend to fill that position with anyone else. We love you from the bottom of our hearts and pray God’s blessings to continue to follow you.”

Emotional Tiwa Savage responded expressing her feeling and how the record label treated her like family. She said;

”When I got pregnant, I was nervous to tell you so I decided to tell you at the airport when we were travelling for a show. I figured you couldn’t really say much in a public place but then you told me you already knew and had already been thinking of a plan to keep my brand going while I took some time out.

“I was shocked because you weren’t fazed by the news, you had already started making plans. I recorded the RED album while I was heavy and I would fall asleep during sessions and you and the whole team would crash in the studio right there with me till I woke up again and was ready to finish recording.

“There was nothing you would hear about me that ever made you mad, no outfit was too crazy, no headline was too controversial for you to handle no crazy outburst no nothing. If I said today wasn’t emotional for me I would be LYING.

“Please promise me that our relationship will never change. I only want to make you proud of me. Not every superhero has an S on their chest. You are my superhero DON DORO BUCCI. 7 years, 7 the number of perfection. I LOVE YOU ALWAYS AND FOREVER. Mavin 4life #DiaFada.”

Under the new agreement signed with UMG, Tiwa’s future music will be released internationally through the music company’s operations in more than 60 countries worldwide. 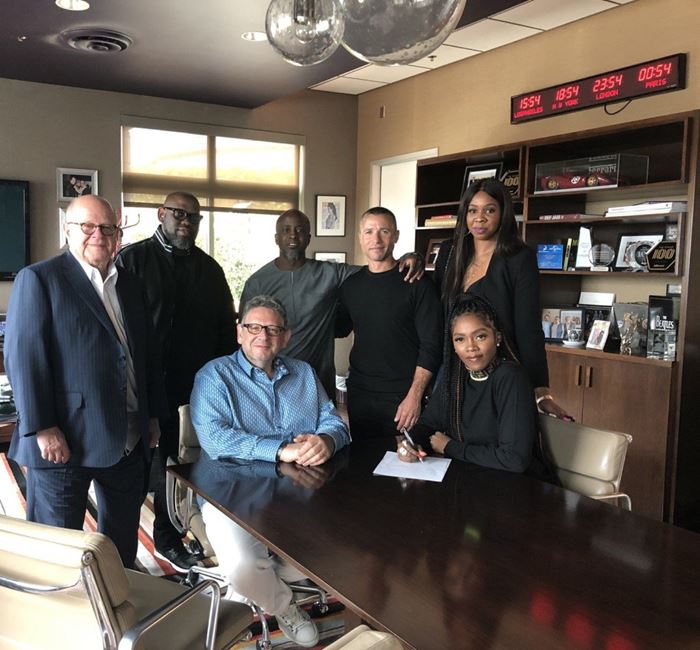 “My biggest goal is to make Africa proud. I’m so excited for this moment and I’m thankful to Sir Lucian Grainge and my new UMG family for their belief in my dreams. I’m looking forward to this next chapter in my career.”

“We are looking forward to partnering with Tiwa and her team to help her music reach new audiences around the world.”

Throughout summer 2019, Tiwa will play a string of international festivals including the UK’s Wireless Festival, Afropunk in Paris and Oh My! Festival in Amsterdam.