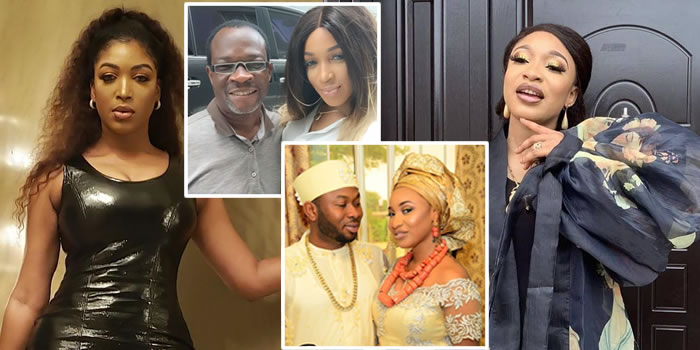 Ex-beauty queen, Dabota Lawson has revealed how she wished she dragged her ex in the same manner Tonto Dikeh is doing to her ex-husband Olakunle Churchill.

Dabota Lawson who is divorced from her marriage to billionaire Sunny Aku who is 35 years older than her took to social media with the quote:

Don’t lie o.. I have someone I wished I dealt with like this back then .. TGIF … @tontolet

It is  ot quite clearcwhether the ex Dabota wished she had dragged is Sunny Aku, but in reaction to her post, Tonto Dikeh dropped the below comment.

We go Shuck hand inside their eye!!’

Recall that Tonto Dikeh few days ago dragged her ex-husband in an interview in which she revealed that he’s a 40 seconds man in bed who suffers premature ejaculation. She stated that the longest he’s lasted is 59 seconds and that was the sex that produced their son King.

She also accused the businessman of being a Yahoo boy who engages in fetish rituals.

Yes! My son’s father is a fraud. He does Yahoo. How I know? Because I caught him in the middle of a red candle with laptop in his lap, with a red pant on, red cloth tied around his waist.”