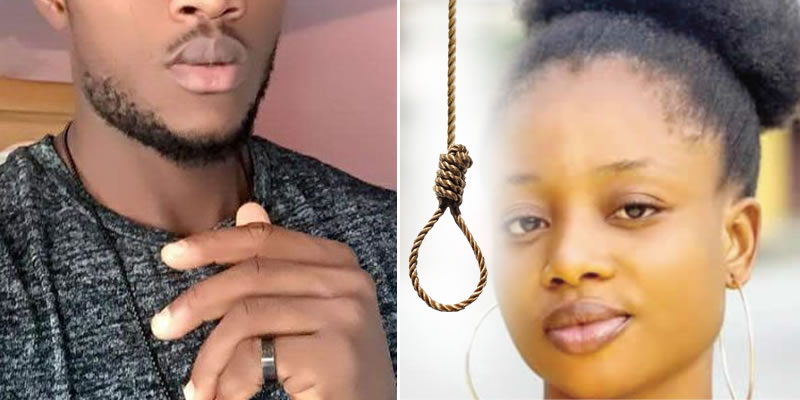 A 26-year-old hairdresser, Kenile Nwabuzor, has reportedly committed suicide after her boyfriend identified as David, called off their two year relationship on April 11th.

According to PunchNG, the boyfriend, David in an inteview, said he met Kenile shortly after her mother’s death and that they had a rocky relationship as she felt inferior to him because she was a secondary school leaver.

On April 11th after they called off their relationship, Kenile reportedly sent him a text lamenting he had made life miserable for her and that she would soon kill herself.

David explained that four days before she killed herslef, she had missed Nwabuzor’s calls while on an assignment at an event. He said he got back home late that day and returned her calls, but she did not pick them. When he eventually got through to her the next day, she started insulting him and he ended the call.

David said he later sent a text message to him, saying “You want to kill me; I will help you kill myself. Thank you for making my life a hell.”

He said immediately after he read the message, he took a motorcycle and headed to her house.

Kenile was buried on Saturday, April 13 which was David’s 26th birthday.

Confirming the incident, the Lagos State Police Public Relations Officer, DSP Bala Elkana, said the police had received a distress call from the general hospital that one Kenile Nwabuzor was brought in dead by her boyfriend.

“Preliminary investigation revealed that the lady had earlier sent a text message to her boyfriend that she would kill herself. Her corpse was removed and deposited in the Lagos Mainland Hospital morgue.” Bala said