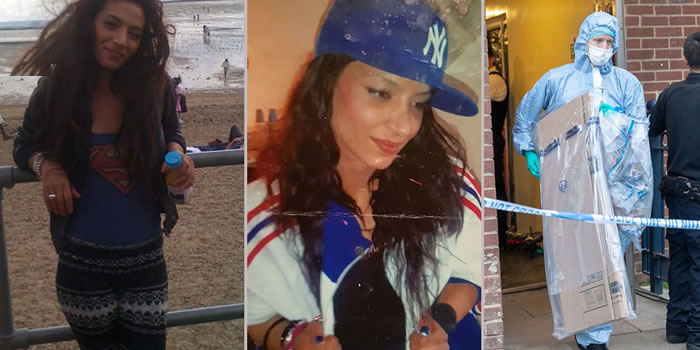 A mother of three who disappeared a year ago has been confirmed as one of the two women found in a freezer last week. Mary Jane Mustafa, 38, from Canning Town, went missing last May having popped to the shops with just her phone and £3.

Since her disappearance on May 6, relatives of the mum-of-three, who was also known as ‘MJ’, have made desperate appeals for information about her whereabouts.

But the former teacher’s family today confirmed she was one of the women found inside a chest freeze at a council flat in London’s East End.

Writing on Facebook Mel Mem said: “It’s been confirmed that one of the ladies is Mary Jane Mustafa. RIP now my beautiful cousin. Be the angel you deserve to be.”

Detective Chief Inspector Simon Harding said: “We are now confident that one of the females found is MJ. As you can imagine, this is a devastating time for her family and we would ask for their privacy to be respected.

“MJ was reported missing in May 2018. As yet we don’t know when she died; a post-mortem examination is ongoing.

“I would appeal for anyone who knew MJ and may have information about what happened to her and in particular her association with the address in Vandrome Road where she was found to come forward. Did you see her just before or maybe even after she was reported missing? What was she doing? Who was she with?”

The Met has referred itself to the Independent Office for Police Conduct over the case.

Inquiries are ongoing to identify the second woman.

Cops revealed the victims were fully clothed and fused together when discovered at the property in Canning Town last week. It could take a week to identify the women.

Detective Chief Inspector Simon Harding, from the Metropolitan Police, said their condition had made the investigation “one of the most challenging and complex” he had seen in 28 years.