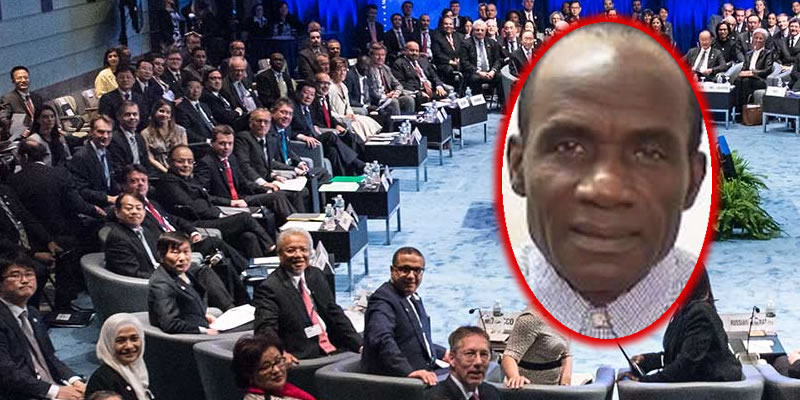 “Before being appointed Executive Director in October 2018, Mohammed was serving as the Alternate Executive Director of his constituency. He was on the job from January 2017 till October 2018, when he rejoined the Board. He had previously represented his home country of Nigeria as both an Adviser and Senior Adviser between 2001 and 2006,” Diagana said.

In that capacity, he took part in the Washington DC Deputies meeting in Mexico City in 2008, and his participation was instrumental in the creation of a third African Chair at the World Bank Board. He was also the co-author of the current Board capacity building programme – the ‘Voice Secondment Program’, which brings officials of developing member countries to work in the World Bank in Washington for six months to acquire skills needed in their work with the Bank.

Mohammed also represented Nigeria as Alternate Governor of the OPEC Fund for International Development, served as the Director for Nigeria at the ECOWAS Bank for Investment and Development and Chair of its Audit Committee, and as the Alternate Director for Nigeria at the Africa Export-Import Bank. During his time at the Executive Board of the World Bank, he brought focus to issues he considered of utmost priority to his country, to his constituency and to Africa in general.

These are reduction of poverty, improvement of business environment, addressing fragility, and bolstering resilience of the most vulnerable, Diagana said He was a member of the Human Resources and Ethics Committees at the time of his passing, and he quickly positioned himself as an advocate for Bank staff, particularly those in country offices, whom he recognised as the face of the institution in the developing world.

“Mohammed’s colleagues and staff members warmly remember him as someone who possessed a humble, kind, generous, spiritual and deeply compassionate disposition. “This was beautifully balanced by his extensive knowledge of West African perspectives and history, and his thorough understanding of the issues most pressing to African countries. He is survived by his wife, Inno and their children. Our deepest sympathy is extended to them, as well as to Haruna’s extended family and friends,” he said.

The Nigerian Embassy in Washington, DC, in a statement issued by Mohammed Suleiman, Head of Chancery, announced that late Mohammed was buried at Maryland on Monday. Nigeria’s former Minister of Finance, Dr Ngozi Okonjo-Iweala, in a tribute, described Mohammed as “an effective Executive Director at the Board of the Wolrd Bank”.