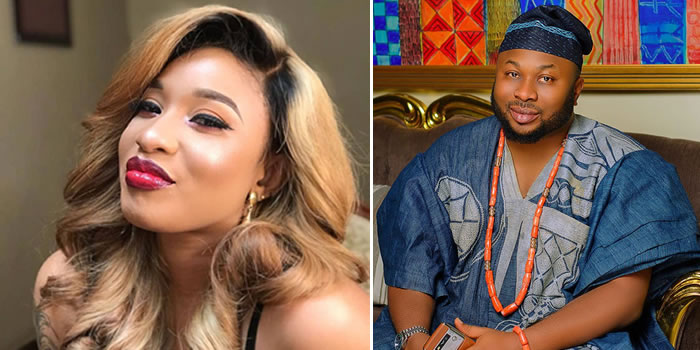 Nollywood actress, Tonto Dikeh, has stated that she will not allow her ex-husband, Olakunle Churchill, to talk about her and get away with it.

She said this while explaining why she mocked Olakunle’s sexual performance.

Tonto Dikeh, 33, made the disclosure while replying a fan who said she admired Tonto till she brought up the sexual performance part.

“So a man fucking man say I’m on drugs and I can’t use his sexual disease against him?? Ooo pls honey I said more. For me I will drag your life from hell and back until i’m ok!! We all can’t be the same you know.”

On Friday, Tonto Dikeh, hinted at writing a tell-all about her marriage with Olakunle Churchill.

The movie star has been talking about her experiences during her marriage to Mr Churchill in recent times.

She recently alleged that she fed the mother of his mother while she was married to him.