Operatives of the Economic and Financial Crimes Commission, EFCC, Port Harcourt’s Zonal Office have arrested five female internet fraudsters and 10 male accomplice while relaxing, expending their proceeds in their hotel-hideout.

A statement from the agency says the suspects, who are between the ages of 18 and 30 were arrest following surveillance and intelligence reports on their activities and a response to the resolve of the Acting Executive Chairman of the EFCC, Mr. Ibrahim Magu to rid the nation of internet fraudsters. 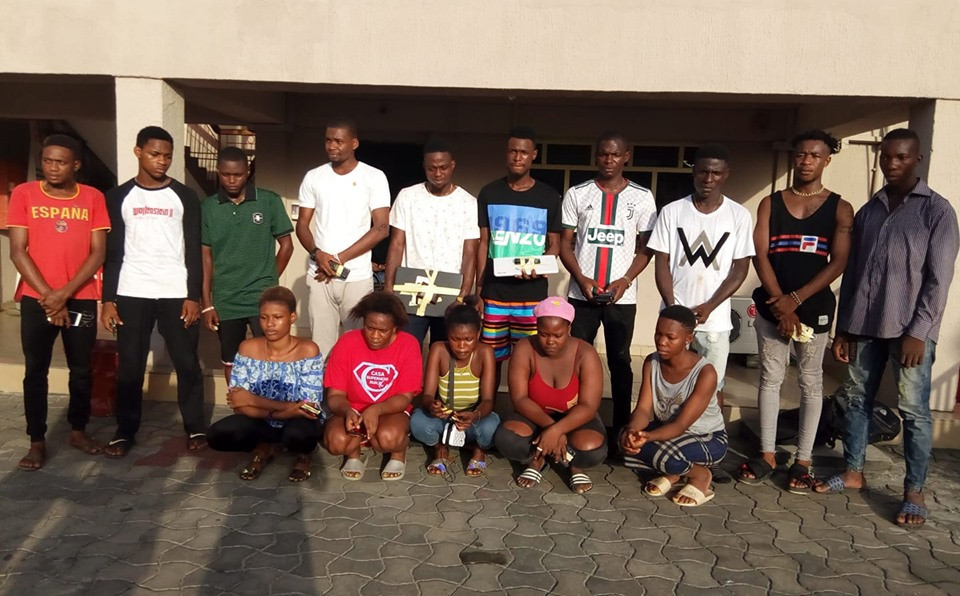 Items recovered from them are laptops and phones. The suspects have made useful statements to the Commission and would soon be charged to court.

Oba of Benin bans the wearing of beads in his kingdom