Churchill did this in in a Mother’s Day message celebrating his mother and grand mother. His initial message reads:

“Happy mother’s day to two special mothers in my life and wives to influential impact maker and missionary per excellence in this country. May God forgive anybody who tries to tarnish the name of their husband through cheap blackmail. #mothersarespecialblessings #mumandgrandma❤️” 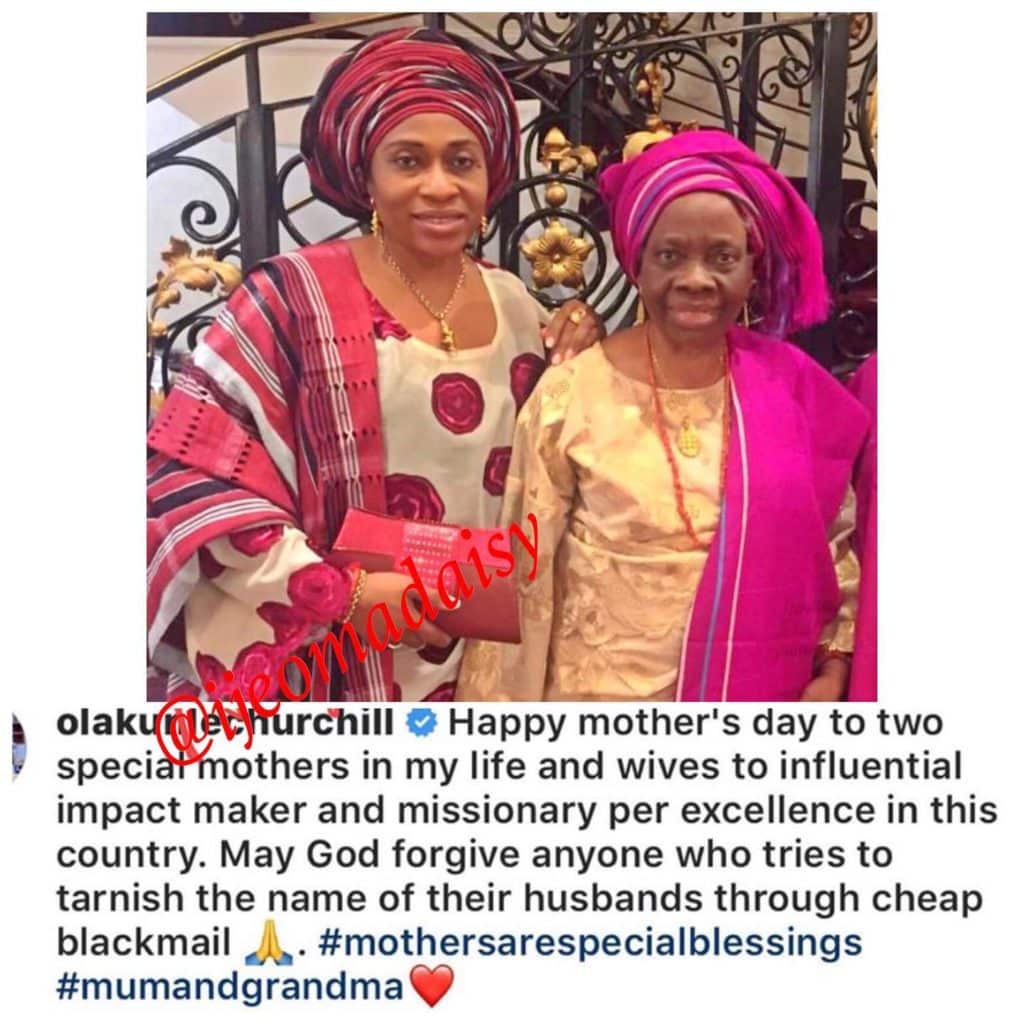 He later deleted the last part of the message which many people believed was targeted at Tonto Dikeh.

While he may have deleted it, screenshot of the original post has since gone viral on the internet and many people are anticipating the actress’ response which judging by past events, would be hot!