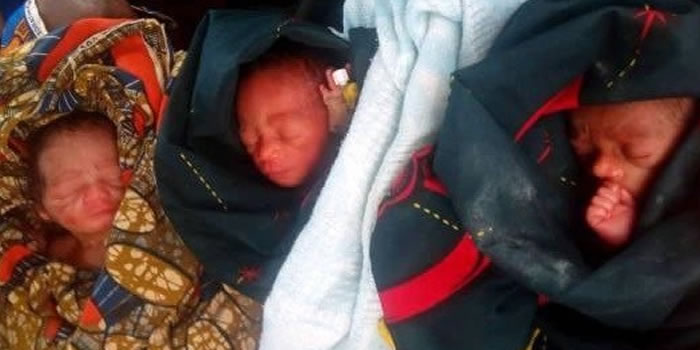 Facebook user, Odong Prince Thompson, posted a photo of a set of triplets who were delivered at a General Hospital in Obubra local government area of Cross River state but referred to Holy Family Catholic Hospital Ikom, for incubation.

According to Thompson, the triplets are currently stranded at Ikom, after Holy Family Hospital referred them to UCTH Calabar.

“This triplets were delivered at Ofumbongha in Obubra LGA, need incubation, were referred to Holy Family Catholic Hospital Ikom from General Hospital Obubra, but have been referred again to UCTH Calabar and are now stranded at the hospital premises Ikom. Can anyone safe their Lives?. Call 07085466554 parents number : 08057432962”

The Legend of Buratai revealed

Man who arrived from London stranded in Lagos for 3-wks, remembers only his name and…