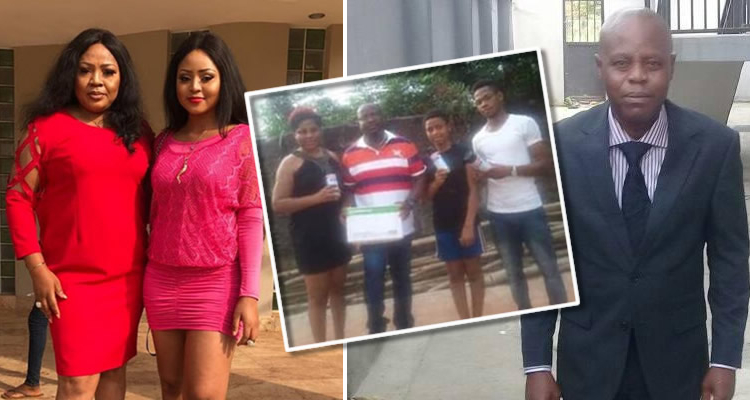 Regina Daniels’ marriage to a Delta State Billionaire and Politician,  Nwoko Nwoko is yet to find itself a way out of controversies that started over two months ago before the marriage when their relationship was a mere speculation.

The controversial marriage garnered a lot of outcry until the induction of the young actress into womanhood, the ‘king’ of them all arrived when the biological father, Jude Ojeogwu finally spoke, condemning the union few hours to the traditional marriage.

According to reports, Regina Daniels’ mother, Rita claims the actress’ biological father and his family have no say in their life and in the youngster’s marriage because they were invisible and no where to be found when she was grooming her children.

The ongoing ‘fight’ has escalated as ‘UNCLES’ of the young actress are also getting involved into the matter, trying to claim rights for their brother, Jude Ojeogwu who is Regina Daniels’ biological father.

Sequel to this, Regina Daniels‘ mother had a hot clash with the young actress’ father and uncle on social media. The Daniels and Ojeogwu family had series of hot exchanges on Instagram.

Read their exchanges below; 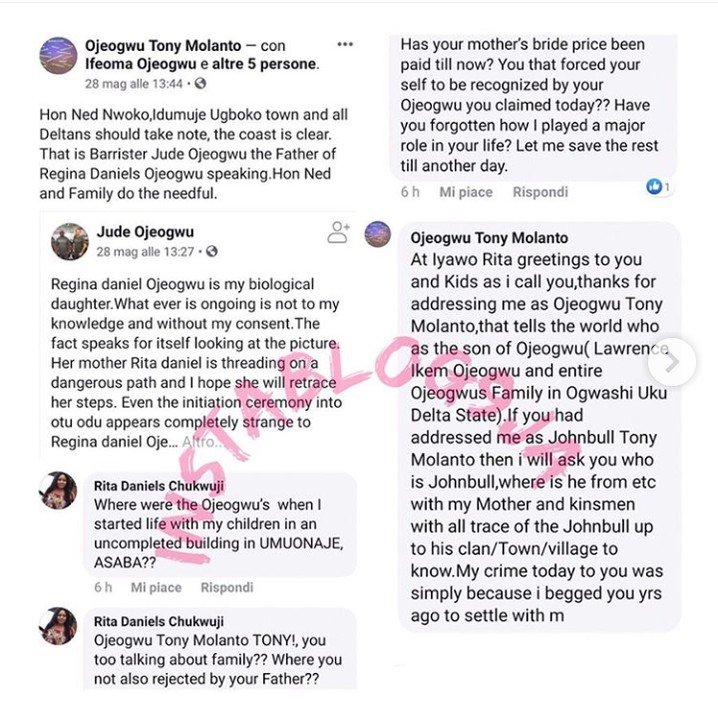 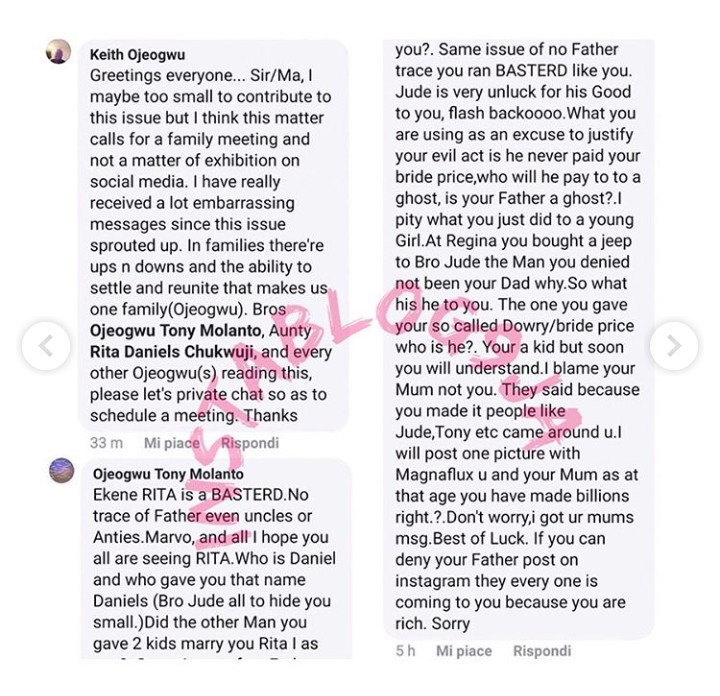 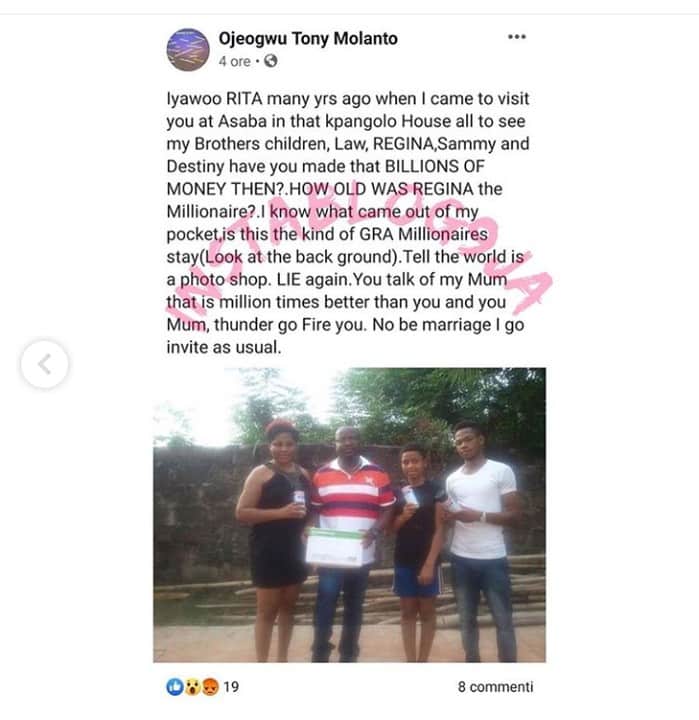 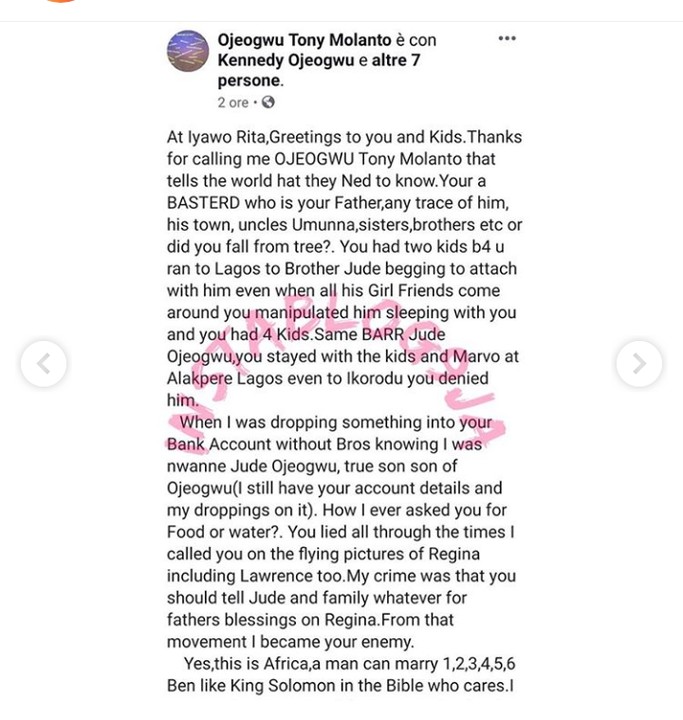 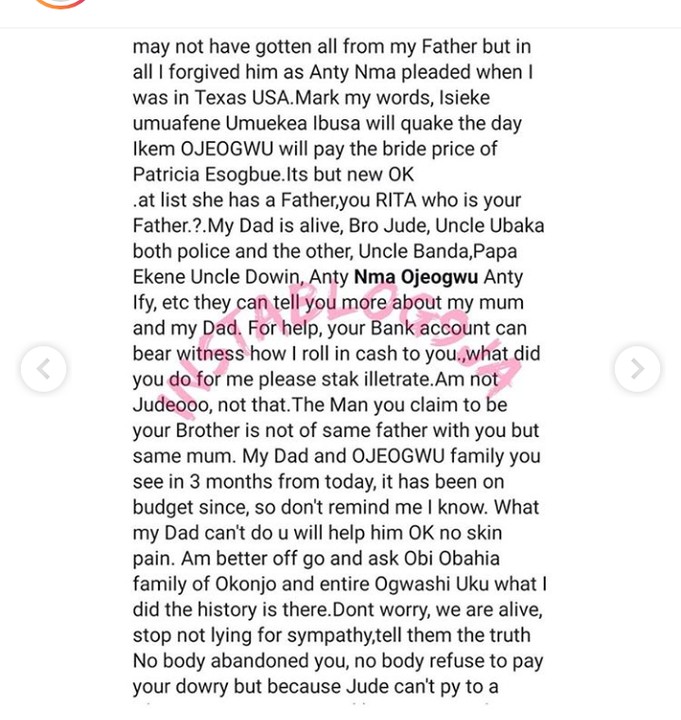 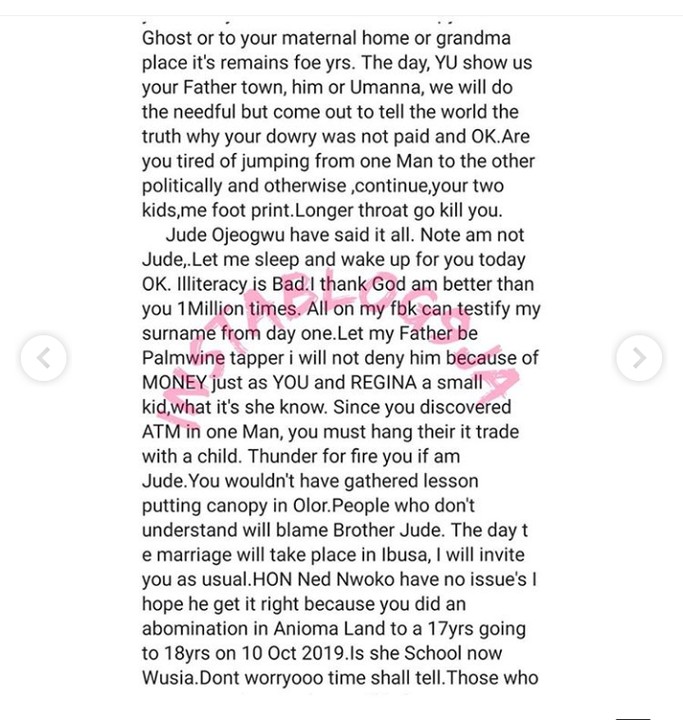 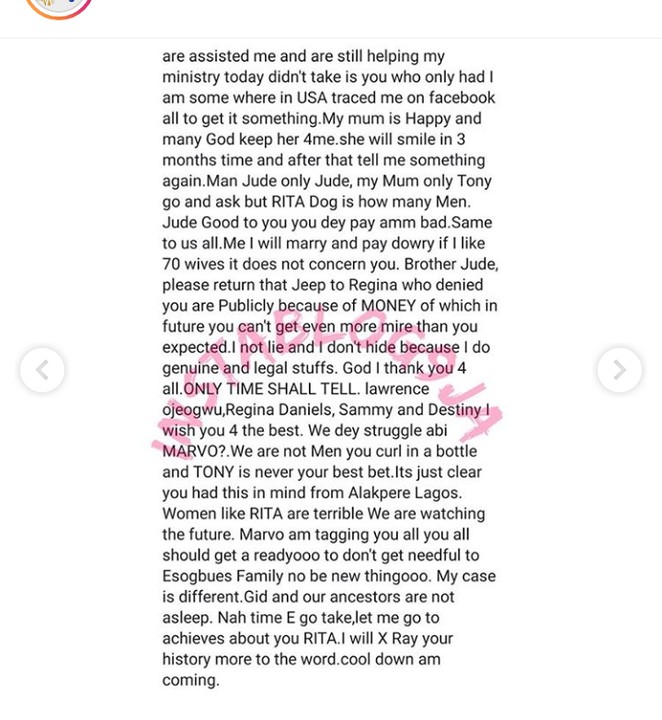