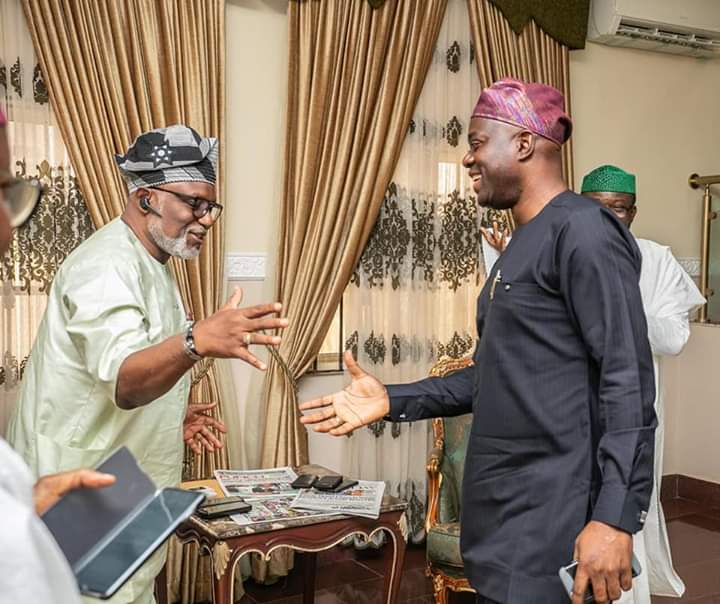 Akeredolu became Chairman at a Special Security Meeting of Governors from the South West region at the Ondo State Governor’s Lodge, Asokoro, Abuja on Friday.

The meeting was held to address the growing spate of insecurity in the South West Region.

The governors announced their decision to hold a regional security summit that will bring all critical stakeholders together to brainstorm on how to stem the tide of insecurity in the region.

Akeredolu’s emergence as Chairman of the South West Governors’ Forum followed a unanimous decision by all the governors from the South West.

Speaking after the Special Security meeting, the Governor, who hosted the meeting, said the DAWN commission has been directed to coordinate the summit aimed at further promoting the developmental agenda of the South West region.

According to him, the DAWN commission would also look at all modalities that will help to stem the tide of banditry, kidnapping and insecurity in the zone and also look into the national agenda and response.

He said: “There’s urgent need to stem the tide of criminal activities and banditry in our region and as leaders, we must be proactive in our approach to addressing the issue”.

The governor disclosed that a consulting firm, KPMG has been appointed to review the tenure of the Group Managing Director of Oodua investment company, which has all the South West State Governments as shareholders.