A fake Twitter account bearing the name of Femi Gbajabiamila, newly elected speaker of the 9th house of representatives, has been detected.

The fake account, with handle @SpeakerGbaja and account name RT Hon Femi Gbajabiamila, declared Gbaja as speaker while sorting of votes was still ongoing at the house of reps. 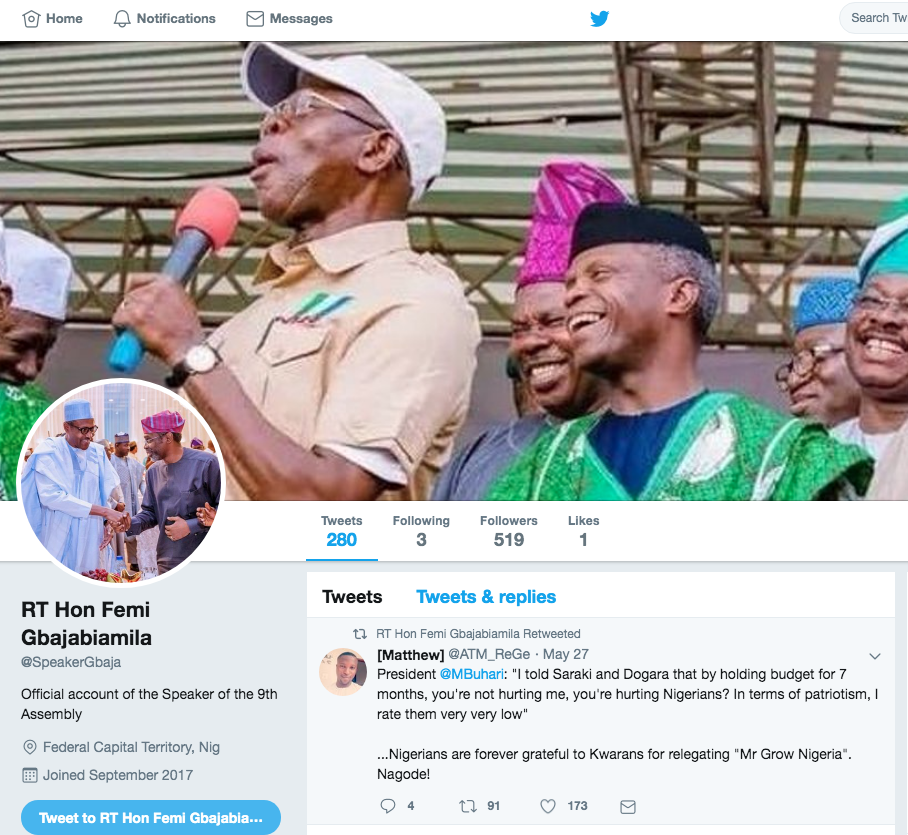 The bio reads: “Official account of the Speaker of the 9th Assembly” and was supposedly opened in September 2017.

However, that is not the account known to be affiliated to Gbajabiamila who is an avid and perpetual user of the social media platform. 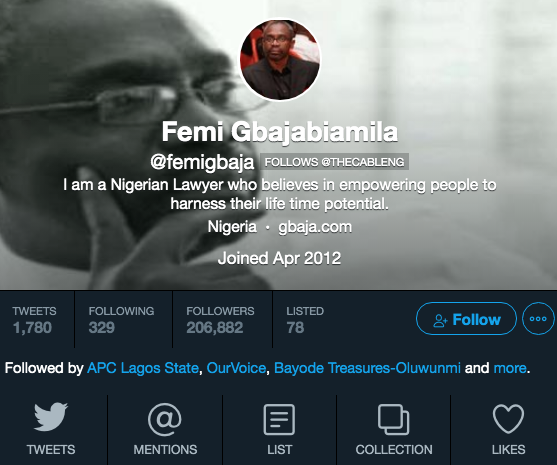 The original Twitter account of Gbajabiamila, though not verified, is @femigbaja with username, “Femi Gbajabiamila”. It was created in April 2012.

In his real account, Gbajabialmia describes himself as “a Nigerian Lawyer who believes in empowering people to harness their lifetime potentials.”