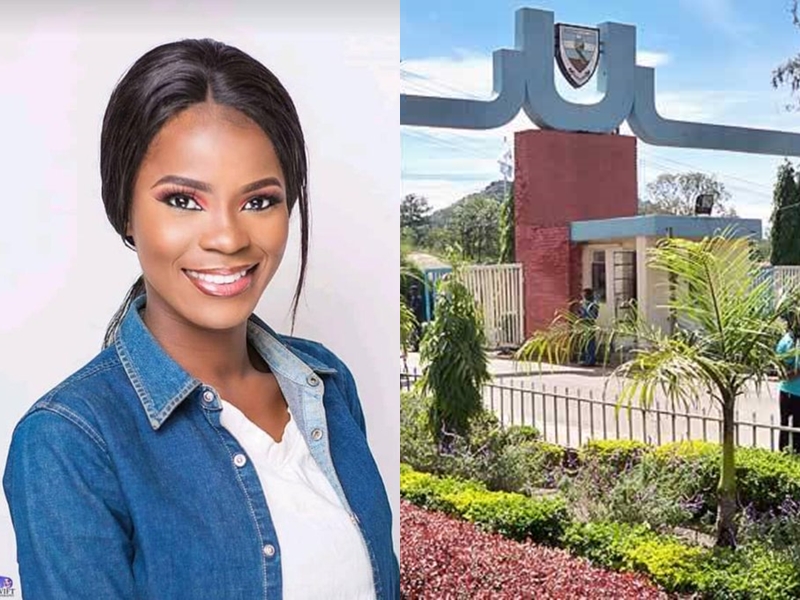 A young lady identified as Victory Onya Njah has made herself and many Nigerians proud after graduating from University of Jos (UniJos) with a first class.

Social activist, Kayode Ogundamisi shared the news on Twitter where he revealed the most impressive detail about Victory’s feat.

According to him, the economics department since its inception in UniJos had never produced any first class candidate.

However, Njah, has broken the 43-year record as she bagged a first class in the department of Economics.

Many Nigerians have showered her with encomium and congratulating for being a true slay queen with beauty and brains.

Record Breaker! ????
"Since the inception of the department of Economics, University of Jos, 43 years ago, no First Class graduate has been recorded.

Victory Onya Njah became the first student to achieve such a historical feat by graduating with a First Class in Economics." pic.twitter.com/WzHsIGxdRe