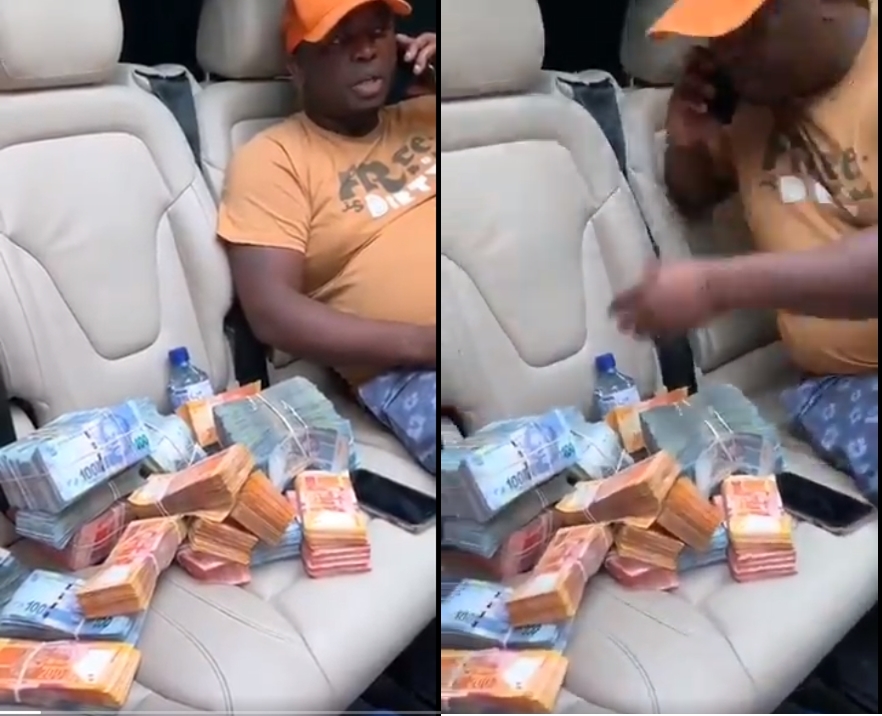 A man who is yet-to-be identified has gone on social media to flex some serious moola.

In the video footage, the man is seen sitting in his car surrounded by a large sum of money.

Speaking to an unknown person over the phone, the man confirms that he has about N48.6 million in cash with him.

Many social media users had mixed reactions about the brazen display of money.

Some social media users condemned the display with some arguing that truly wealthy people don’t show off.

A Twitter user Mdudk said: “Actually, people who are comfortably rich, do not not stoop this low.”

Many others also shared a similar sentiment, saying that the display was completely unnecessary and putting a target on oneself for criminals.

You can never buy intelligence! Never!

I can't believe people carry on doing such things. ?? I will never advice a friend to showoff his money.. First rule about money "HIDE IT".. ?

So he actually counted (doubled checked) R2m while his on hand while he used the other hand to hold the phone? I respect the quick lmathematical skills" one develops when they have "millions"

See The Most Hilarious Wedding Invitation Ever