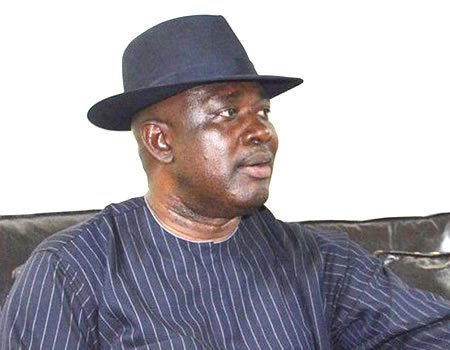 Immediate past Minister of State for Agriculture, Senator Heineken Lokpobiri, has criticised the Peoples Democratic Party, PDP, over the composition of the leadership of Bayelsa State House of Assembly.

According to him, it was sad and unfortunate that Ogbia Local Government Area was excluded from the leadership structure of the House.

He said the marginalisation of Ogbia Local Government Area was a deliberate attempt by the PDP to exclude the people from the scheme of things in Bayelsa.

“It is inconceivable that the PDP-dominated House treated Ogbia with disdain without recourse to the principles of balance and fairness,” the ex-minister said in a statement by the Director- General of his governorship campaign organization, Hon Warman Ogoriba.

He added, “We are highly disappointed that Ogbia has become the whipping child of the PDP in the distribution of positions as the current action of the House has confirmed.

“While we sympathise with Ogbia for its marginalisation under a PDP government, we want to assure the people of Bayelsa that APC believes in justice and fairness and inclusive engagement of all our people.”