Nollywood actress, Tonto Dikeh, recently celebrated her 34th birthday on June 16, 2019 and to mark the wonderful, she threw herself a star-studded birthday bash.

For Tonto Dikeh, the mantra for her 34th birthday bash was certainly ‘go big or go home’ as that was clearly reflected in the celebration. 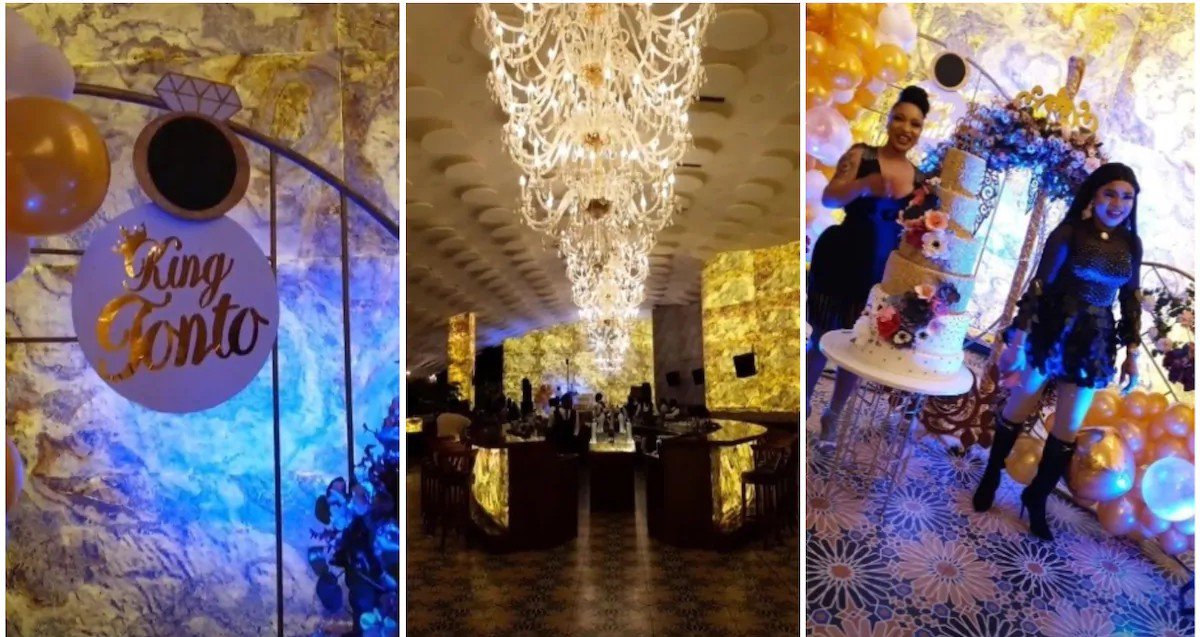 Amongst the selected guests who attended the event were some Nollywood stars and friends in the entertainment industry. 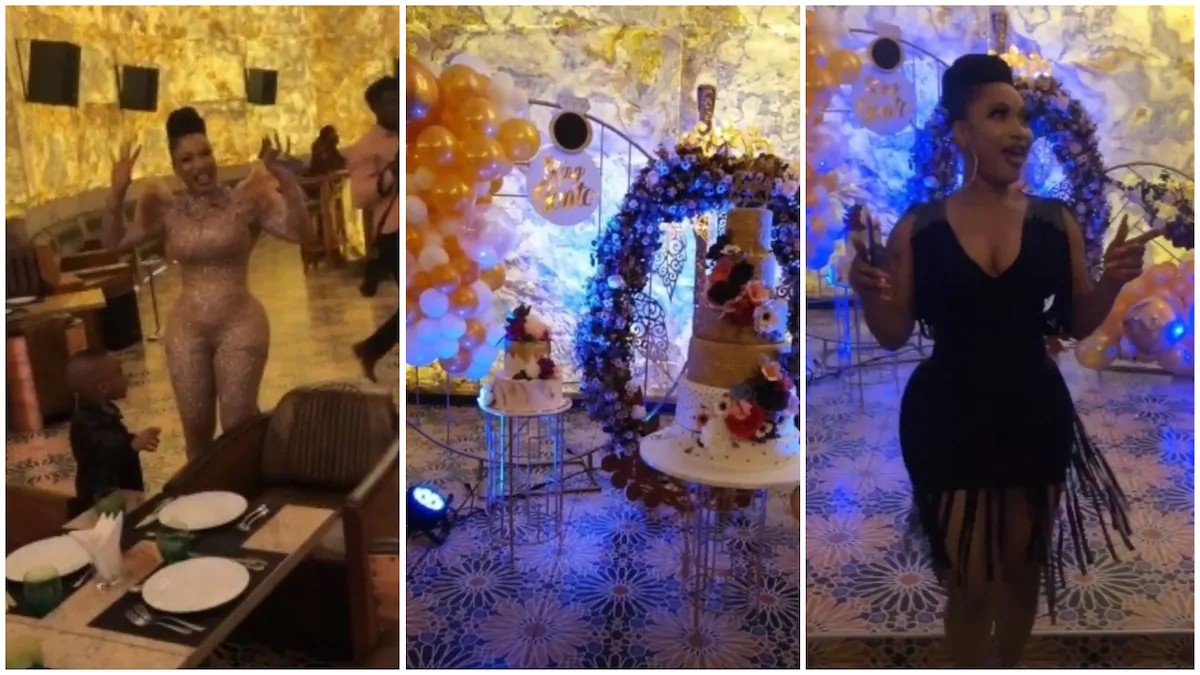 The birthday queen whose little son, King Andre was present, dazzled in two different outfits, making sure to flaunt her curves. She first appeared in a body hugging gold coloured jumpsuit and then later changed into a little black dress with tassels. 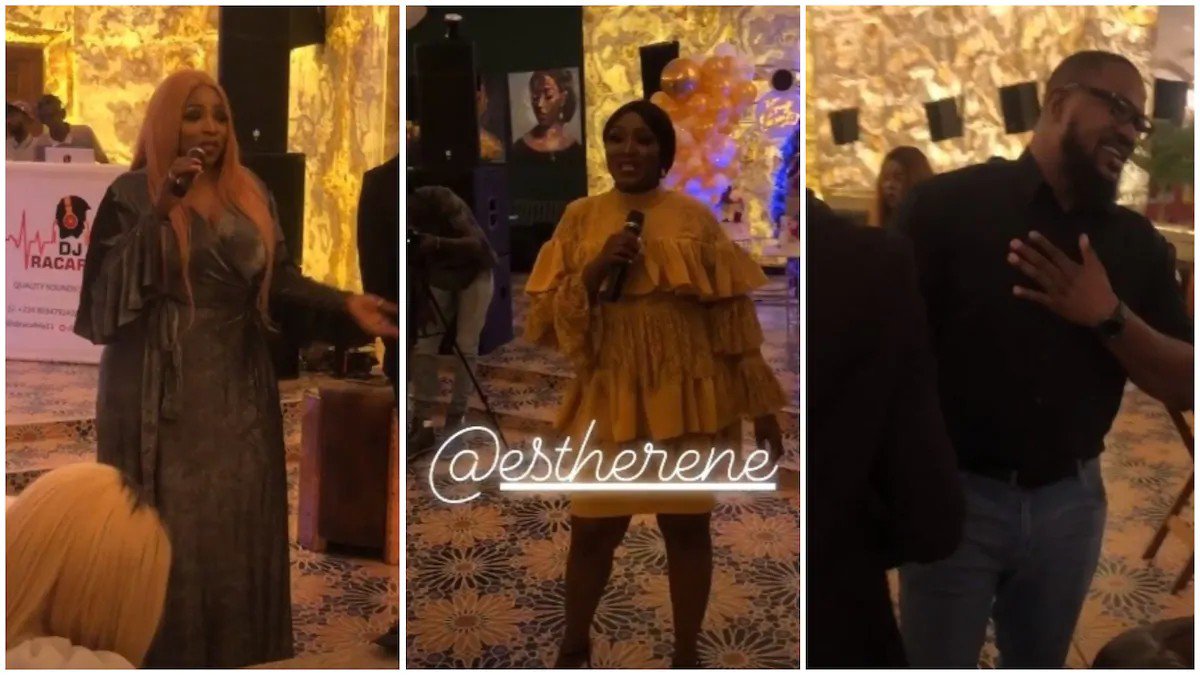 Among those present at the colourful event were Nollywood stars such as Mofe Duncan, Anita Joseph and Esther Audu.

Her bestie and Nigerian cross dresser, Bobrisky was also present at the occasion.

The birthday party which was an exclusive party took place in Abuja in a beautifully decorated hall filled with gold and cream balloons, flowers and amazing chandeliers.

See video of her dancing below:

Fans have reacted to a video showing Tonto Dikeh dancing on her birthday. In the video, the Nollywood actress could be seen swerving her popping hips which many fans believe is now disfigured due to cosmetic surgery. 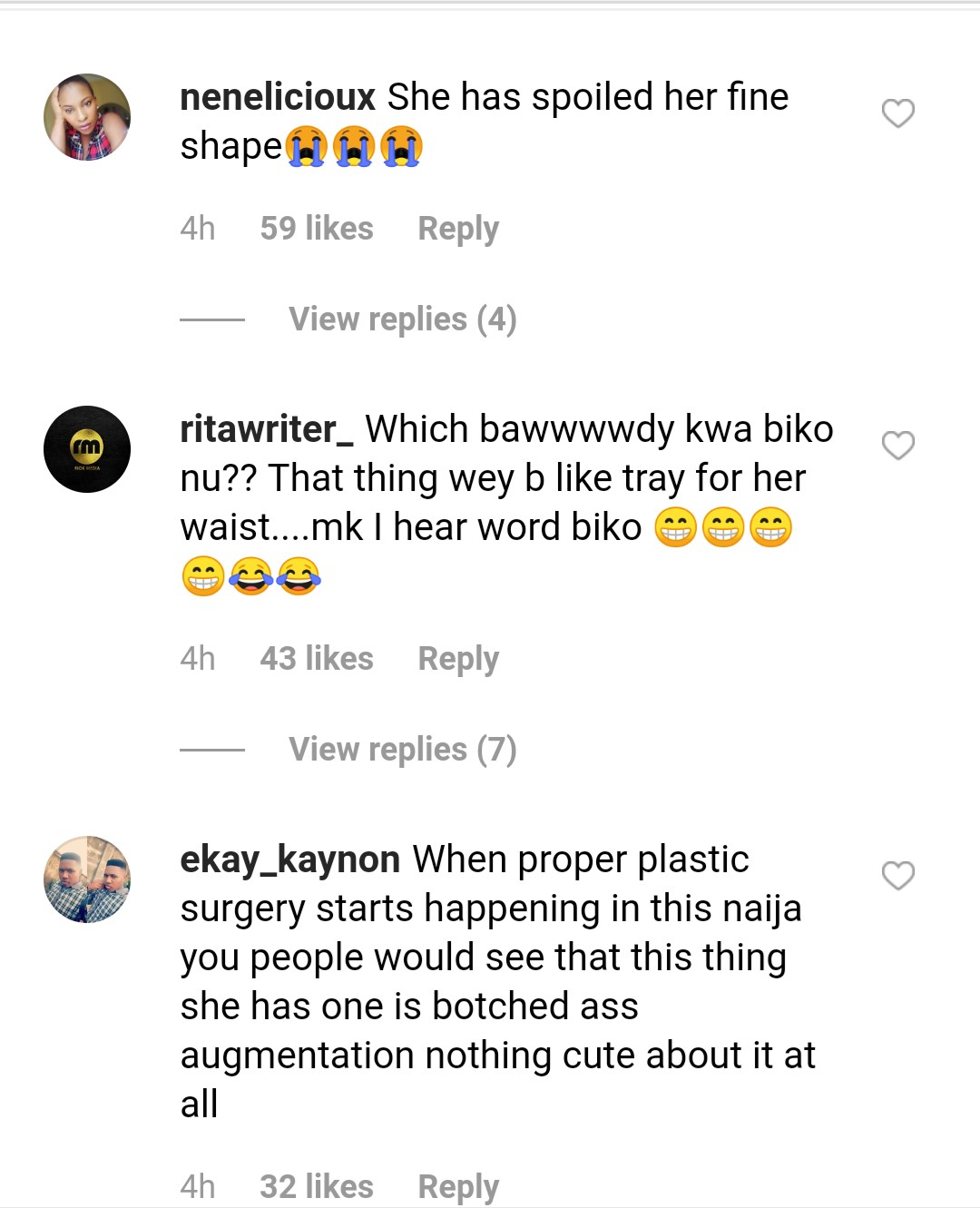 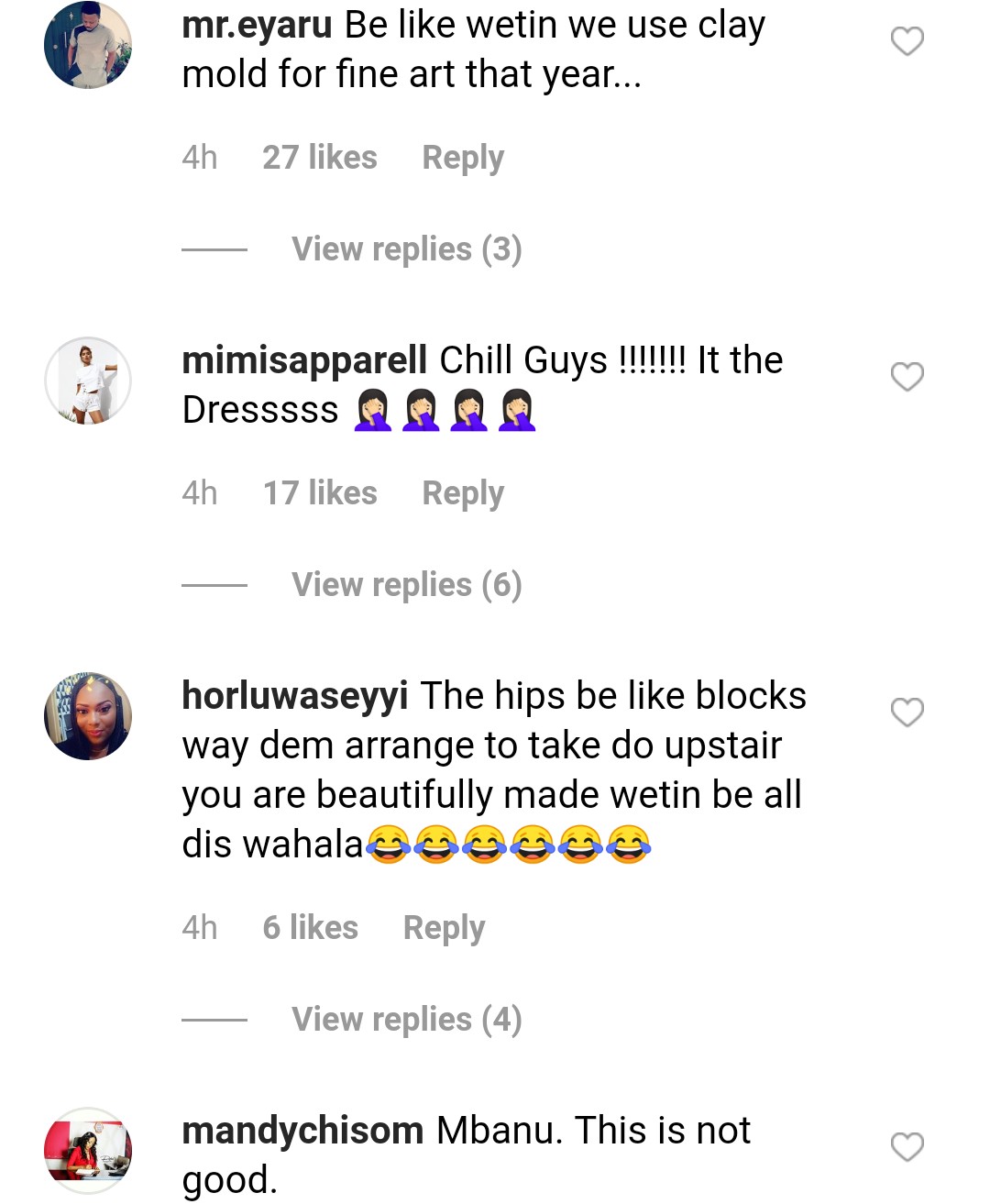 Soldier jailed 55 years for killing, robbing a WHO staff in Zamfara