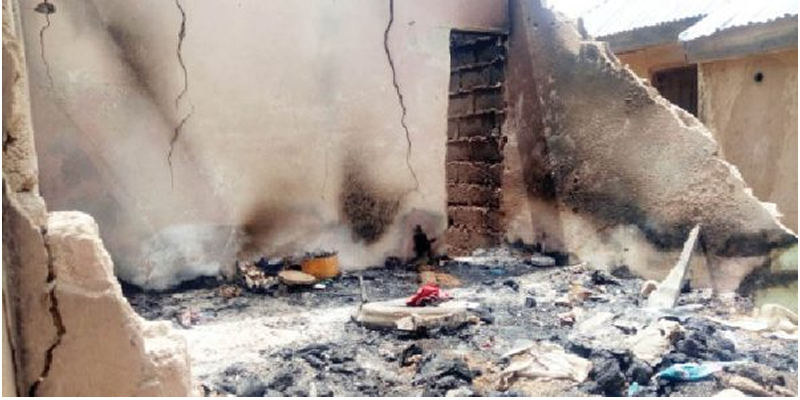 Nigeria ranked one of the ‘least peaceful countries’ on earth — Report

Nigeria is one of the least peaceful places on earth, says 2019 Global Peace Index (GPI) report, despite claims by the All Progressives Congress-led government of President Muhammadu Buhari that the country is better than they met in 2015.

The country, battling with banditry, economic stagnation, insurgency, kidnapping and an increasing rate of suicides, is ranked 148 out of 163 countries in the world.

The report, released on Wednesday, “measures the state of peace using three thematic domains: the level of Societal Safety and Security; the extent of Ongoing Domestic and International Conflict; and the degree of Militarisation.

“The GPI covers 99.7 per cent of the world’s population, using 23 qualitative and quantitative indicators from highly respected sources.”

Iceland and Newzealand retained their positions as the first and second most peaceful countries respectively, while Portugal dethroned Austria to take the third position.

According to the report, produced by the Institute for Economics and Peace (IEP), Ukraine, Sudan, Egypt, North Macedonia and Rwanda showed the largest improvements in peace in 2019.

Like in 2018, Nigeria ranked 40 out of 44 countries in Sub-Saharan Africa, with Mauritius topping the list, while South Sudan is ranked least.

“The impacts of a lack of water has also affected conflict dynamics in Nigeria. Lake Chad, a major source of fishing and farming livelihoods, lost 90 per cent of its surface area in the past 40 years due to climate change and environmental mismanagement. Resultant unemployment and related food insecurity contributed to Boko Haram’s successful recruitment of unemployed youths in the area.”

While it said peacefulness increased slightly, the organisation added that the 2019 GPI showed “conflicts and crises that emerged in the past decade remain unresolved”.

“The average level of global peacefulness improved very slightly last year on the 2019 Global Peace Index (GPI). This was the first time that the index improved in the last five years. The average country score improved by -0.09 per cent, with 86 countries improving and 76 recording deteriorations,” it read.

“In summary, the 2019 GPI reveals a world in which the tensions, conflicts and crises that emerged in the past decade remain unresolved, but some progress has been made towards achieving peace.

“However, while in some instances long-running conflicts have begun to decline or at least plateau, the underlying causes of many of these conflicts have not been addressed, and the potential for violence to flare up remains very real.

“There have also been new tensions arising, and growing dissatisfaction with governments around the world, which has led to an increasing authoritarian response in some countries.”