Recall earlier WITHINNIGERIA published a post of a troll who threw shades at Nollywood Actress, Uche Ogbodo for posting a picture celebrating her birthday. In the picture the actress posed nude.

Nollywood actress, Uche Ogbodo definitely has no chill. The stunning mom of one put a troll in his place after the latter came on her page to insult her. Trouble started after Uche posted a photo of herself in a wedding dress with the caption;

‘Do I make a beautiful bride? Honest opinions only.’

The troll wasted no time in responding to Uche’s question causing the actress to go all out on her. The troll whose name is Oyinyenchi Gifted commented saying; With the way you are going naked, I don’t think so.’

I’m not materialistic, I can marry any man- Actress Uche Ogbodo says

Recall the actress made news a few weeks ago after when went posed naked for her birthday photos. 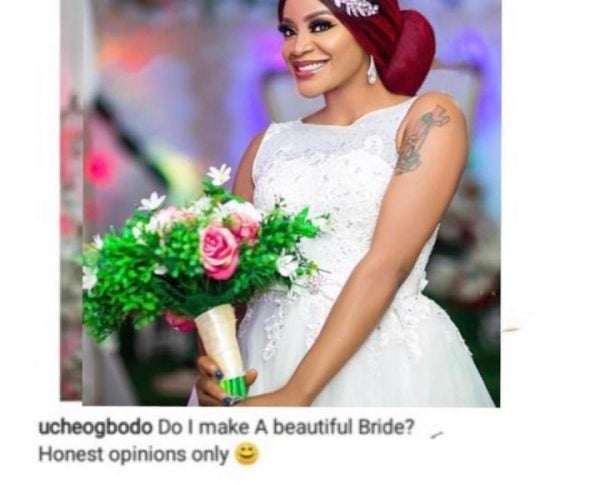 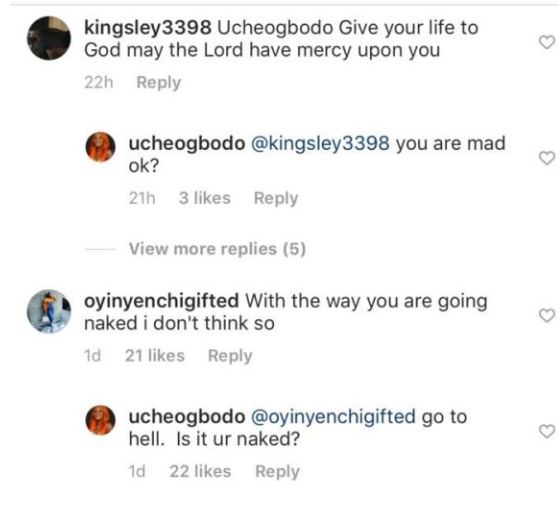