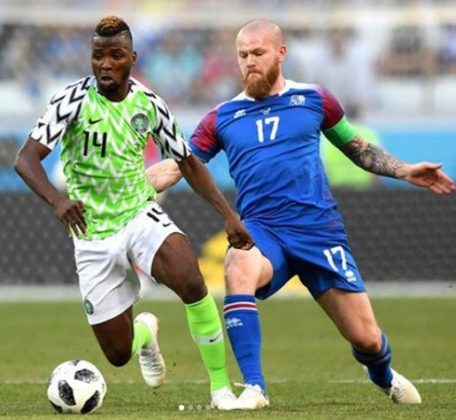 Leicester City’s Kelechi Iheanacho is on standby to fly out to join the Nigeria squad at the Africa Cup of Nations after one of his team-mates collapsed, according to reports.

Iheancho was left out of the Nigeria squad after a disappointing season for City – but he may have to fly to Egypt to join the squad after Samuel Kalu collapsed in training on Friday in Alexandria.

The Bordeaux star collapsed in the team’s final training on Friday ahead of their opening 1-0 win against Burundi on Saturday.

“The health situation of Nigeria’s player Samuel Kalu is stable after undergoing the necessary medical tests following his fall during his team’s training due to a heart muscle failure,” the Egyptian FA wrote in a statement.

“Kalu suffered from dehydration after losing a large quantity of fluids.”

Iheanacho has been openly criticised by Nigeria manager Gernot Rohr for his performances for the Super Eagles.

But if Kalu is unable to recover, Ihenacho say he could get another chance to impress.

What Happened To Kelechi Iheanacho?