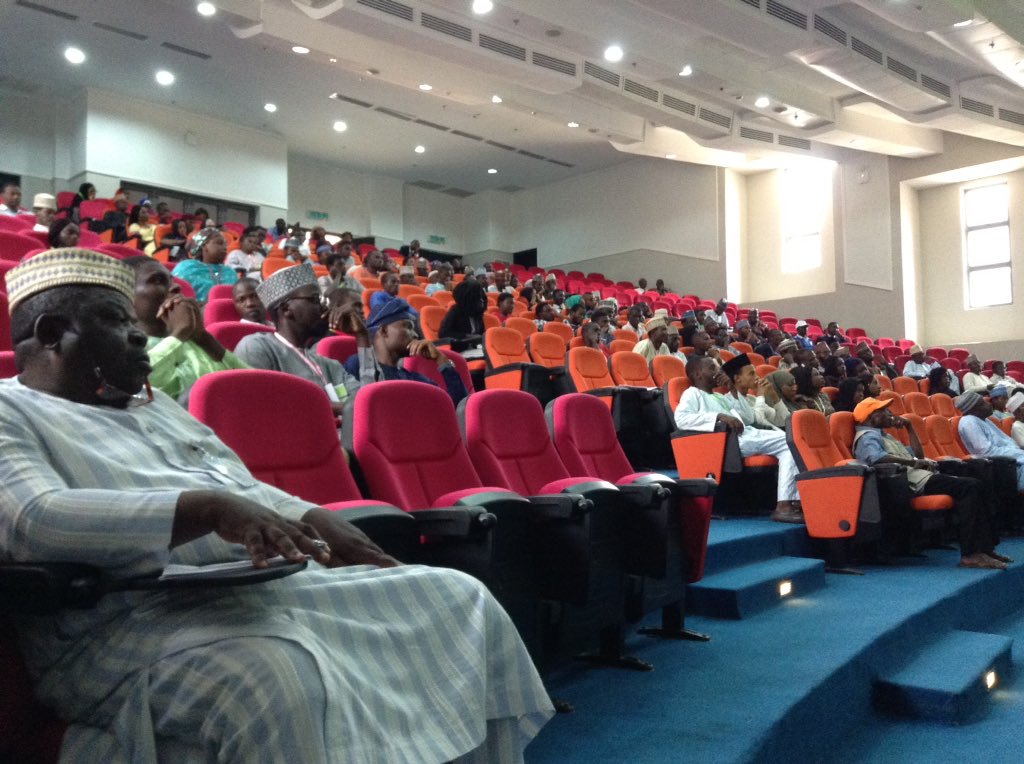 Recall that ARDP had through its leader, Usman Bugaje, called for more proactive measures in addressing the security situation in some parts of northern Nigeria.

To provide solutions to these challenges, Bugaje announced that the group would be organizing a conference on northern security which is scheduled to hold July 1 and 2, at the Sir Ahmadu Bello Foundation conference in Kaduna.

The northern group in a press statement described the move by Bugaje and his followers as misleading, warning its leader, to stop “hiding his atrocities under security conference.”

It, therefore, called Nigerians and the world to disregard Bugaje’s latest attempt at seeking relevance instead of forgiveness we recommend that the right things should be done to eradicate the security threats confronting Nigerians

A group of disgruntled politicians under the aegis of Arewa Research & Development Project (ARDP) have announced plans for a “Northern Security Conference” billed to hold in Kaduna from July 1-2, 2019.

ARDP is supposedly convened by one Dr. Usman Bugaje, a politician that has in the past played both sides of the game since he has been in government and in opposition, depending on what faction proves to be more lucrative.

The last time this politician had any news mention of note was when he declined the offer to serve Nigeria as an ambassadorial nominee. We have since discovered that his reason for declining the appointment was he was aware that he would not have scaled security clearance because of the many activities he was engaged in with some of his other associates.

Interestingly, it is this same set of people that are today announcing that they are giving northern Nigeria a security conference to discuss the same problem they helped created. While it is very possible that the same people that started a problem (or series of problems) may hold the key to the resolution, logic dictates that we question the motive behind this offer of proffering solution that is coming from the architects of the nation’s problems.

In the prevent press briefing addressed by Dr. Bugaje, ARDP listed the security challenges confronting the country to include Boko Haram, banditry, kidnap for ransom, ethno-religious crisis, and farmers-herders crisis. It does not take a doctorate in security to figure that all these are security challenges that have their roots in the proliferation of arms that was actively promoted the political class, especially those that deployed youths as foot soldiers in their bid to win elections. Perhaps the problem would not have been as bad if the politicians, like Dr Bugaje, only armed the youths; they also plied them with hard drugs, expose them to slush funds and identified political opponents as targets to be dealt with or eliminated.

Youths, in addition to being left despondent and desperate, are left angry against the society once the politicians dump them after elections. Not willing to wait for another four years, these identified crimes become alluring to the youths.

This is not to discount the roles that these politicians similarly play in pitching Nigerians against each other along the lines of ethno-religious differences. When it suited them they set the south against the north, Christian against Muslim and one ethnic group against the other so long as it will fetch them votes or get them into whatever office they seek.

We are not unaware of the contribution of corruption to the toxic mix we are today dealing with. Bugaje and his co-travellers can lie to themselves all they want but it will pay them to acknowledge that the time is nigh for them to give account of how their cohort enriched themselves as opposed to truly serving the people. Had the people being properly empowered as opposed to politicians building mansions the extreme poverty that is fuelling some of these problems would not have been in existence.

The conference announced by ARDP is therefore a smokescreen for achieving other objectives as the situation on ground does not call for holding talk shops for grandstanding by people that already know what the causes of the problems are. We understanding that this grandstanding is aimed at unveiling a divisive agenda as the participants of this meeting plan to claim that President Muhammadu Buhari is not serving the term of the north hence the north will be again be presenting a candidate in 2023. But even this agenda is a ruse because the actual target of the conference is to provide justification for a planned forceful hijack of the government or at the very least some of its core functions.

This is why Dr Bugaje, in his briefing, alluded to societies resorting to self-help and the plan by the conference “to provide solutions particularly the coordination and the regulation of the community responses” while also “a committee will be constituted to coordinate, monitor and evaluate the implementations of the decisions of the conference,” which are coded ways of saying that the conference plans to not only hijack the government but also take over the role of law enforcement.

Regardless of whatever problems the country is facing, the path chosen by ARDP is not one that will lead to solutions. If anything, the Northern Security Conference as conceived and announced by Bugaje’s ARDP will rather create new problems. The first of such problems is that it will instantly validate the secessionist agitations and separatist movements in the south. Talks of community responses will also promote the birth of ethnic militias, which is a recipe for disaster.

On the strategic front, the conference is nothing but an attempt by those responsible for the problems to continue to divert attention from the core issues militating against the north and the root causes of insecurity. The reality is that Dr. Bugaje and his group represent nothing but another appendage of a political class that is out to benefit from every situation including the blood of the innocent person in the society. It is on this note that we ask that any northern worth his name should stay away from the conference as it would end up as a venue for the roll call of the north and Nigeria’s problems.

As we ask the north, Nigerians and the world to disregard Dr Bugaje’s latest attempt at seeking relevance instead of forgiveness we recommend that the right things should be done to eradicate the security threats confronting Nigerians. A first step is for all desperate politicians to retrace their steps – a conference is not needed to make this happen. The next step is for them to, under a plea deal, brief security agencies about the roles they played in precipitating the current security situation. They must also produce a catalogue of the arms they have supplied to their thugs, the financial backing they have given such thugs, details of the cells created by such goons and identities of the individuals behind such groups.

These are practical steps that we are demanding Dr Bugaje, his group and associates take instead of playing to the gallery. The north is not unenlightened as he may be led to believe and there is no more room for him to continue toying with the collective future of the north while thinking that he is playing a game.