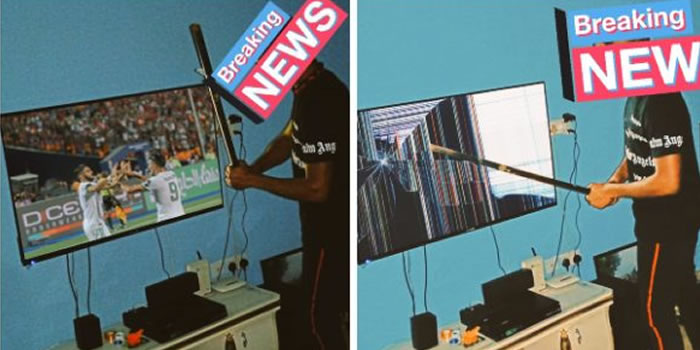 A young man of Nigeria has let his emotions rode him over his intelligence as he shocked everyone after the last AFCON match.

The man, according to his friend who put it on social network said he had placed a bet that cost him his 700,000 naira after the Super Eagles of Nigeria fail to win the match.

The Algerian national team defeated the super eagles of Nigeria by 2 goals to 1 that denied Nigeria of entering the final stage. The super eagles will now play against Tunisia n the 3rd place of the tournament.

In other news, Former Vice President Atiku Abubarkar has praised the super eagle’s team for their wonderful performance in the ongoing AFCON despite failing to qualify for the finals.

He gave some words of encouragement to all the players of the team after the defeat on Sunday.

“Well done SuperEagles. We are forever proud of you. Though we didn’t make the finals, we stayed committed till the end,” Atiku said.