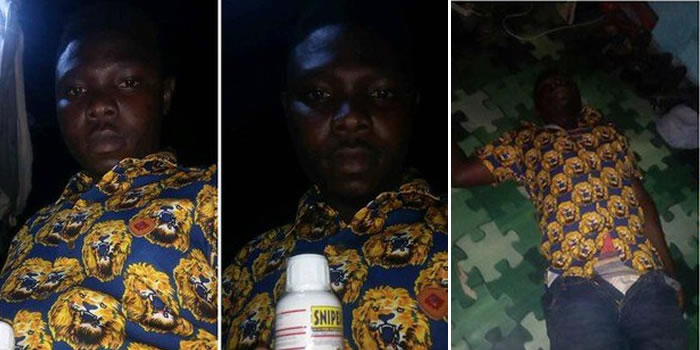 A Nigerian man named Itz Eldersne on Facebook shared a scary post in which he threatened to take his life. Several comments followed his post with many Nigerians pleading with him not to kill himself.

Following his post, a friend of his shared a photo of what looked like a dead body on Facebook. This individual named Abraham Jethro eulogised Itz Eldersne and lashed out at the supposed ex-girlfriend that led him to commit the act.

Thinking that Itz Eldersne had already made good his threat, several Nigerians mourned him in a heartfelt manner.

See the posts of Itz Eldersne and his friend’s post below:

Later on, the man believed to be deceased released a video on Facebook in which he said he was not dead but was well and good. According to him, the suicide note and his friend’s post were all pranks.

He went on to reveal the reason why he faked his suicide. According to him, he wanted to pass across a message to those contemplating suicide and prove to them that it is a selfish thing to do.

Not many Nigerians were exactly pleased with the way he chose to convey his message. But awere just glad that he was fine. See some reactions below: