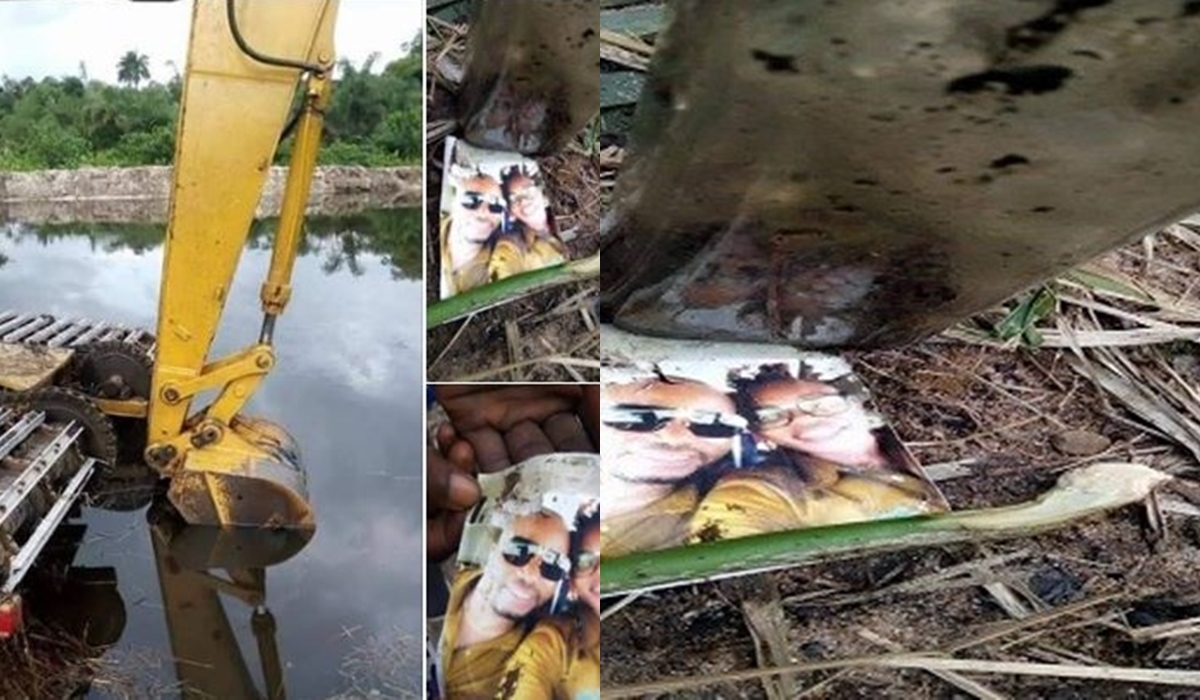 A yet to be identified couple’s photo has been found inside a bottle during an excavation in Rivers State.

The incident which left many people shocked has been alleged to be a product of voodoo.

It has been alleged that the couple may have been locked in the bottle by an unknown individual for diabolic reasons.

A Facebook user identified as David Chibuoso Dennis who reported the news stated that the couple’s photo was found in a bottle with ten naira note inside.

“To whom it may concern,People are very wicked Ooo, but God pass them, this picture of a man and a woman suspected to be couple, was found is a shinap bottle with ten Naira note inside The same bottle which was excavated at the river MINI-EZI. Elele Alimini during the water ways cleaning today. Who ever that knows them should contact 09093222474 for better explanation, share it until it gets to the owner of the picture, as you do so God will Excavate yours in Jesus name Amen.”