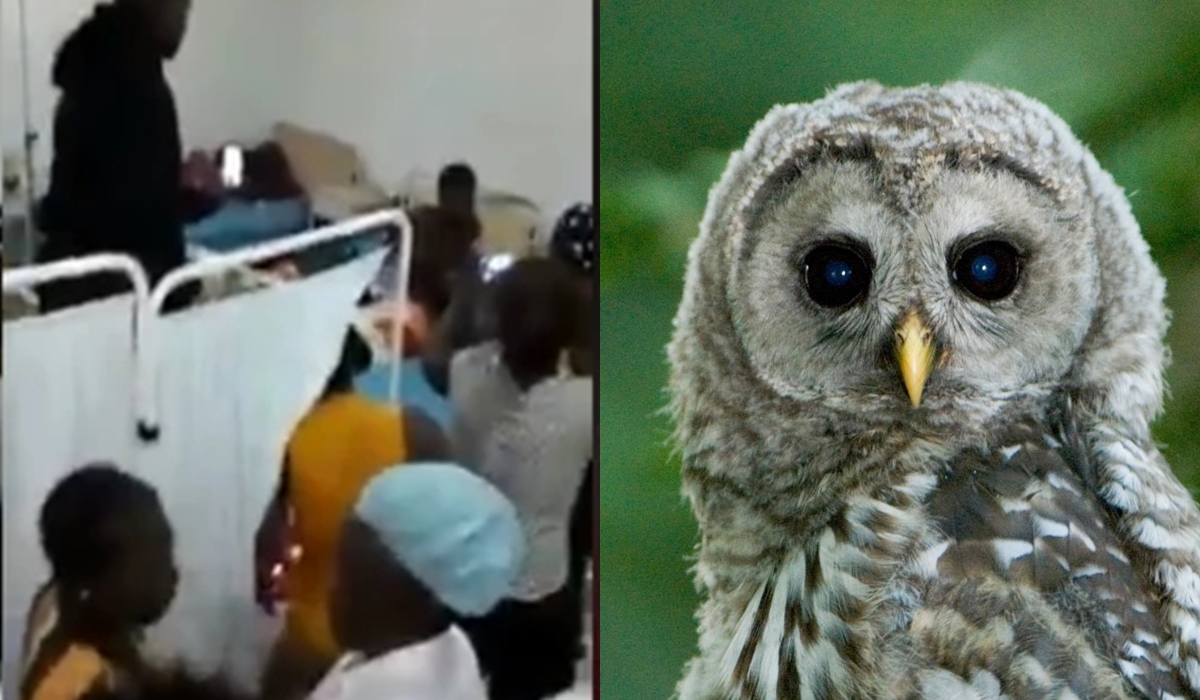 There is currently a heightened debate about the existence of witchcraft in this day and age, following a video in circulation online which sows a serious pandemonium involving both health workers and patients of a hospital caused by a ‘witch’.

According to a Facebook user, Dennis Larbi who posted the video, the chaos erupted after a mysterious bird flew into a hospital in Togo and then turned into a woman.

The video shows a certain woman standing in-between hospital birds, wrapping around herself a white material believed to be a designer polythene bag.

Both the health workers and patients, as well as their relatives, are also seen gathered at one side shouting and hurling all sorts of words at the woman in a cacophonous fashion while filming her at the same time.

The woman is also seen attempting to fight back by hurling the ‘white designer polythene bag’ at her ‘attackers’.

The video fell short of the entry of the said bird and its metamorphosis into the woman in question.

It has since sparked a strong debate among some social media users after Dennis Larbi posted it with a caption: “A bird fell into the hospital and changed into a woman in LOME – TOGO I can’t believe this GOD.”

Some people have been expressing disbelief in the story, claiming witchcraft does not exist, while some few others hold the view that it could be true.