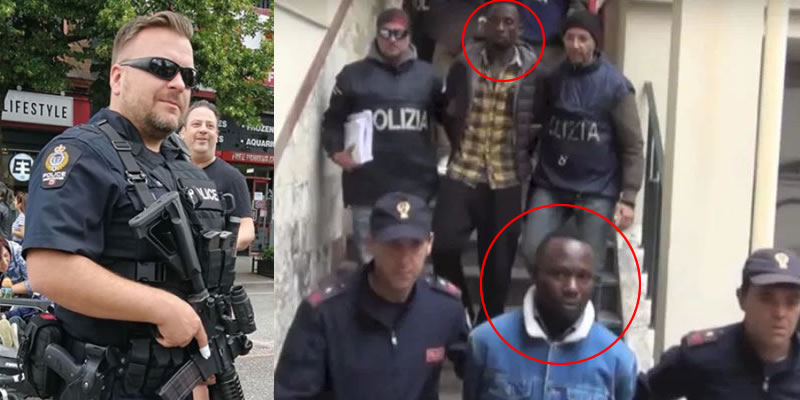 19 Nigerians including the leaders of a clan, called MAPHITE, which forged alliances with other mafias and violently punished anyone who rebelled has been arrested in Italy.

In an operation dubbed “Burning Flame”, coordinated by police in Bologna and Turin, over 300 officers carried out arrests and searches in nine cities across northern Italy from Bergamo to Modena, Parma and Ravenna.

A two-year probe aided significantly by a man on the inside who fed details to investigators — “has allowed us to destroy much of what, within the Nigerian community, is known as the ‘MAPHITE’ cult,” police said in a statement. It said the acronym stood for Maximum Academic Performance Highly Intellectuals Train Executioner.

Fifty other suspects were under investigation, it added. Anti-immigrant Interior Minister Matteo Salvini hailed the bust. “Maxi-operation against the Nigerian mafia, so much for those who denied its existence. Thanks to the police and investigators. We don’t need this kind of immigration. Ports closed, jails open!,” he tweeted.

Police said the Nigerian mob used “urban guerrilla warfare which continued for days at a time” to maintain territorial control. The ‘cult’ was just one of a series of foreign organised crime groups which had adopted Italian mafia codes, police said.

Maphite was founded back in the 1980s along with other Nigerian gangs such as the Black Axe and the Vikings before developing into a full-blown organised crime group in the 1990s, police said.