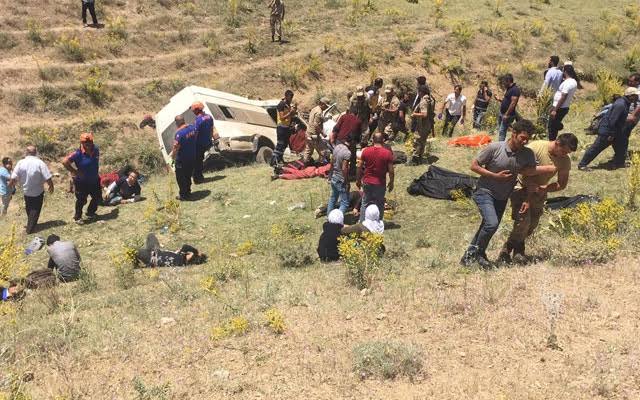 Fifteen people were killed and 27 were injured after a bus carrying illegal migrants overturned in eastern Turkey’s Van province on Thursday.

Governor Mehmet Emin Bilmez said many children were among the dead.

The accident occurred on the Van-Özalp highway, near Ipekyolu district’s Erçek neighborhood after the driver lost control of the vehicle and drove off the shoulder and the bus started to roll uncontrollably down the hill.

Ambulances and National Medical Research Teams (UMKE) teams have since been dispatched to the scene.

SEN 0-1 ALG HT: Three things you might have missed from AFCON Final

VIDEO: Tragedy averted as bus narrowly missed running over toddler who fell out of…

Accident scene that claimed the life of footballer Jlloyd Samuel