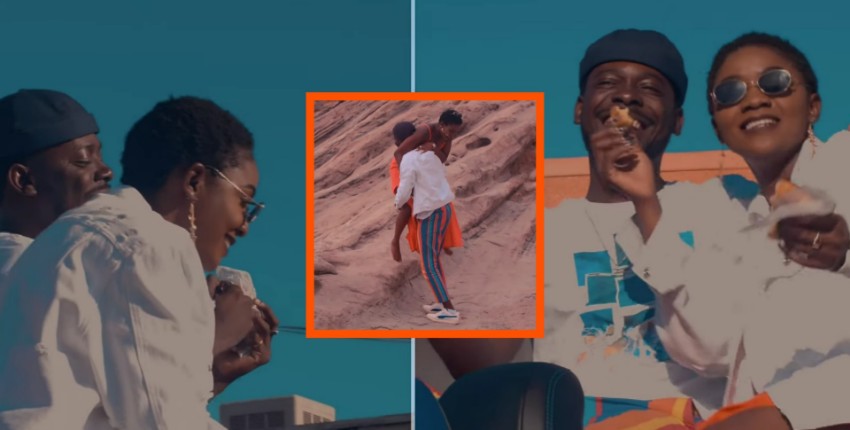 The music video is soft, colourful, cheerful and all playful

Simi and Adekunleg Gold’s love keeps waxing strong and the celebrated musicians are not shy to publicly flaunt their innermost feelings for each other.

In ‘By You’ rendered by Simi featuring her husband, Adekunle Gold, the celebrity couple reaffirmed their love and made sweet promises to stay by each other eternally.

The music video is soft, colourful, cheerful and all playful, as they can be seen expressing their love at different locations.

Following their low-key marriage which held earlier this year, Simi and Adekunle Gold have since been dropping clips off the ceremony strategically through their music videos.

For many who haven’t seen how the traditional wedding of the couple went down, Simi decided to give a sneak peak into the event. Adekunle Gold also sang his hit single, ‘Orente’, for his beautiful bride, to wrap up ‘By You’ visuals.

Watch below and ENJOY!

‘By You’ music video is the second official flick under Simi’s music company, Studio Brat, and a follow up to her recently premiered ’Jericho’ featuring Patoranking.

‘Jericho’ video has raked in over a million views on streaming site, YouTube, in less than a month of its release.