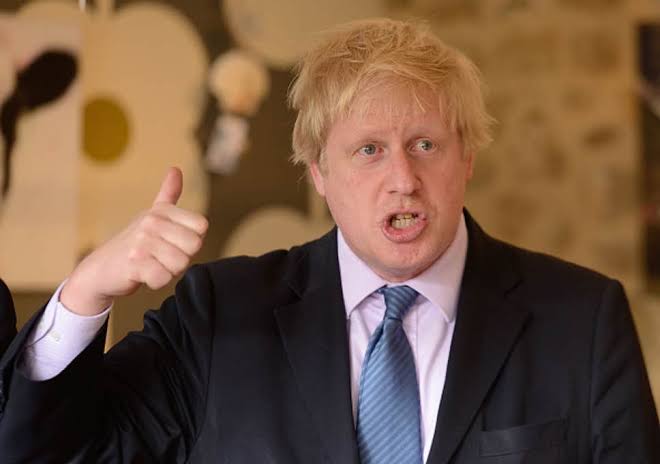 Boris Johnson took over as Britain’ s prime minister Wednesday , promising to pull his country out of the European Union on October 31 by any means necessary.

A day after winning the leadership of his Conservative party , the former London mayor and figurehead of the 2016 Brexit campaign formally replaced Theresa May.

His ascent is the culmination of a lifelong ambition for the blond-haired politician, who delights in playing the clown but now faces an immense challenge ahead .

Johnson has promised to deliver Brexit in three months’ time but faces opposition in Brussels and has only a wafer – thin majority in the British parliament.

Beloved by many for his refusal to take life too seriously, he is accused by others of divisive rhetoric , a flexible approach to the truth and incompetence .

Before he even took office , several pro – European ministers quit in protest at his threat to leave the EU without a divorce agreement to ease the split.

Opposition Labour leader Jeremy Corbyn challenged Johnson to call a snap general election, saying he has no mandate from the public to govern .

Although he won a landslide of Conservative party members, a YouGov survey Wednesday found Johnson ’ s approval rating was just 31 per cent among the public .

Even his appointment was disrupted by climate protesters, who briefly stopped his convoy heading to Buckingham Palace to be nominated by Queen Elizabeth II .

Johnson is expected to swiftly announce his new cabinet , and his first appointment proved predictably contentious .

He named as a top adviser Dominic Cummings, a combative character who helped lead the victorious “ Vote Leave ” campaign during the 2016 EU referendum .

May resigned after failing to get her plan for leaving the EU through parliament , forcing her to twice delay Britain’ s departure date.

Johnson has vowed to renegotiate her deal or take Britain out of the bloc at the next deadline, October 31 , without any agreement with Brussels .

But the EU refuses to reopen the text , while some of his own MPs have said they might even bring down the government rather than accept a damaging “ no- deal ” exit.

May took over three years ago promising to deal with the “ burning injustices ” in society but leaves behind a divided party , country and Brexit in doubt.

In a short speech in Downing Street , before tendering her resignation to the queen at the palace , she wished Johnson “ every good fortune ” .

A heckler shouted “ Stop Brexit ” as she stood with her husband Philip by her side, to which she retorted : “ I think not .”

But she emphasised that Brexit should be done “ in a way that works for the whole United Kingdom ” , amid fears a disorderly divorce could cause irreparable damage to ties between England , Northern Ireland and Scotland .

During his victory speech on Tuesday , Johnson urged Britain to “ ping off the guy – ropes of self – doubt and negativity ” and vowed to unite the country.

A source in his campaign team said he would build a diverse cabinet with more women and a record number of ethnic minority politicians .

Sajid Javid , the son of Pakistani immigrants and currently May’ s interior minister , has been widely tipped to take over as finance minister .

Brexit aside, the most immediate problem facing Johnson is a stand -off with Iran after Tehran seized a UK – flagged tanker in the Gulf last week .

The current foreign secretary, Jeremy Hunt, was Johnson ’ s rival for the leadership and is not expected to keep his job , although he may stay in the cabinet .

May’ s government also provoked the ire of US President Donald Trump this month with the leak of diplomatic cables criticising the White House .

Johnson has emphasised the importance of Britain’ s relations with the United States.

And Trump was one of the first to congratulate Johnson on his victory saying he would be “ great” and describing him as “ Britain Trump ” .

Trump suggested Johnson would work together well with anti – EU figurehead Nigel Farage, whose Brexit Party has taken a big chunk of eurosceptic votes from the Conservatives .

Johnson has ruled out any electoral pact .

Give us 15 corpses taken away, Shi’ite tells Police