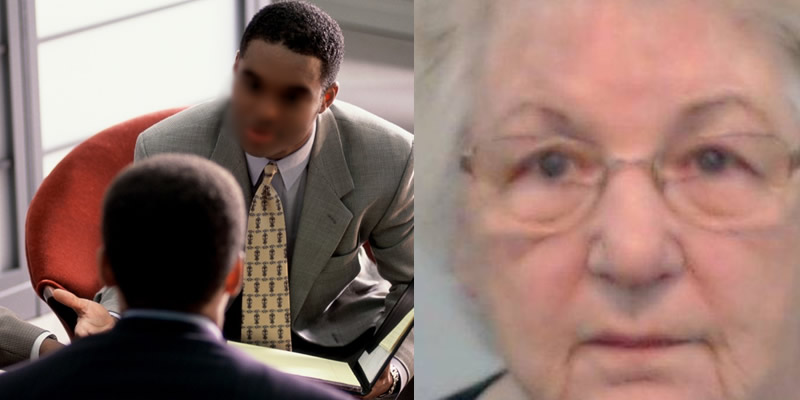 80-year-old American woman identified as Sylvia Williams has been arrested for allegedly conspiring with her Nigerian lover to scam a company.

A Florida woman is facing fraud and conspiracy charges after allegedly getting caught in a scam connected to a Michigan business and a Nigerian man.

WPBN reports Sylvia Williams, 80, was arrested after scamming a Grand Traverse County business out of more than $4,000.

Investigators said a scammer called an Acme Township cleaning company, saying they were moving to the area and wanted to pay for cleaning services in advance.

The bank noticed the first check was fake, but the business had already sent the money to the Florida address.

Group reports Buhari to US, UK over Onochie’s nomination as INEC…

Deputies in Columbia County, Florida followed up on the address and arrested Sylvia Williamsnfor conspiracy and fraud.

According to the report, Sylvia was forwarding the checks to a Nigerian man even though police had warned her before to not get involved.

“The female down in Florida had a relationship with the Nigerian and this relationship has gone on for several years and she trust this person and because there was that trust this lady would do anything for them, even if it involves fraudulent activities,” Lt. Chris Barsheff with the Grand Traverse County Sheriff’s Office told WPBN.

Barsheff says the scammers likely targeted Williams knowing she would be vulnerable, making her somewhat of a victim herself.

The Acme Township business was able to recover the money they lost in the scam.

Another related topic; British Grandfather scammed of N10million by online fraudster cries out