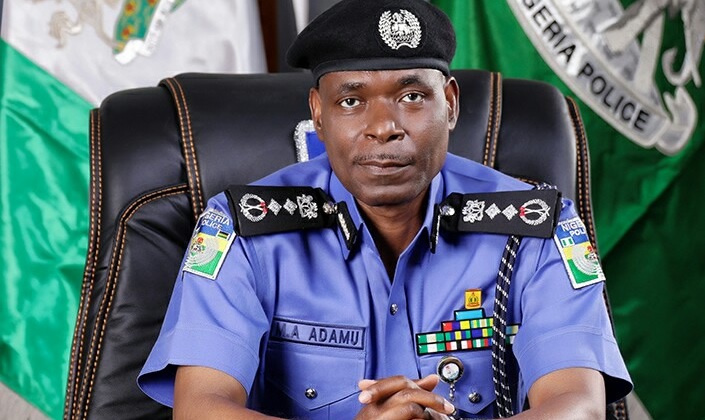 Suspected herdsmen , on Tuesday, laid an ambush at the Ajebo end of the Lagos-Ibadan Expressway and kidnapped three persons.

The Chief Medical Director of the Lafia Hospital , Apata , Ibadan, Oyo State , Dr Oladipupo Sule , confirmed to Newsmen on Wednesday that his son , Kayode and two members of staff of the hospital were abducted by the suspected herdsmen.

He gave the names of the abducted hospital employees as Opeyemi Abifarin and Dele Adigun.

Narrating his ordeal to Newsmen, the driver of the vehicle that conveyed the victims , Felix Tomori , said they had just driven past the Foursquare Church camp at Ajebo and approaching the Ibadan toll gate when bullets suddenly started flying from the bush in their direction.

He stated, “ I drove a bit forward but met another batch of the gunmen , who fired straight at the windscreen of the vehicle and one of the bullets hit Kayode in the leg. They didn’ t stop firing and at that moment, other vehicles at our back started reversing and I was helpless.

“ I parked and quickly opened the driver ’ s door , but two of the hoodlums , who had sticks in their hands , caught up with me by the door.

Peacemaker stabbed to death as rivals fight over girlfriend in Lagos

“ The two men looked like Fulani in appearance . I pushed them aside and ran into the bush in the opposite direction. They were following me but sensed that the other occupants of the vehicle were about alighting, so , they turned back and went after them.

“ At that point, I managed to escape and thought that the others would escape too , but I later realised that only Chika, a female employee of the hospital, escaped. The bandits ended up whisking away the injured Kayode and two others.

“ The police arrived about 30 minutes later and I ran to them . They took me to their station , where I met Chika. I am still at the station as we have yet to hear from our colleagues, while the kidnappers have not contacted the families of the victims. ”

Our correspondent gathered that the kidnappers waylaid the victims around 7 pm and , many motorists made attempts to turn back to where they were coming from , while others abandoned their vehicles and ran for cover.

It was learnt that the hospital’ s vehicle , a Toyota Sienna , in which the victims were travelling when the incident occurred , was abandoned by the kidnappers.

The CMD said the vehicle had been recovered by policemen from the Ogunmakin Police Station in Ogun State.

The kidnappers, who were said to be about 15 in number and mostly youths , have not contacted the victims ’ families to negotiate ransom.

Sule stated, “ I am at the Ogunmakin Police Station as I talk to you. I am distressed and seriously devastated. My son and two others went to Lagos to buy drugs for the hospital and were on their way back when they were ambushed and kidnapped.

“ The driver said one of the kidnappers communicated in English and the others were conversing in Hausa and one other language. They have yet to talk to me to know what their intentions are. ”
When our correspondent visited the Lafia Hospital in Apata , Ibadan, on Wednesday , the nurses were seen attending to patients.

Oyeyemi said the command received a signal that three travellers were abducted around Ajebo / Ogunmakin on the Lagos-Ibadan Expressway on Tuesday.

He said , “ The Commissioner of Police , Bashir Makama , has given a standing order to all the heads of operation in the command to begin a serious search for the abducted persons . He has deployed high calibre security operatives in the area.

“ As I am speaking to you, all of them are at the scene of the incident combing the bush with a view to rescuing victims and arresting the criminals .”

Oyeyemi explained that the command got information that a gang of kidnappers had waylaid some travellers on the expressway and abducted them.

He said the two vehicles the victims were travelling in had been recovered and taken to the Ogunmakin and Ogere police stations .