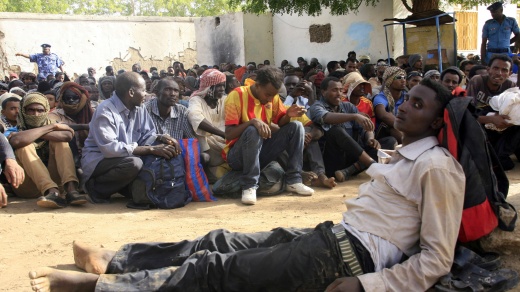 Today is the World Day against Trafficking in Persons ; and international efforts are ongoing to stop the trend and make the world safe for all, especially the vulnerable such as children and girls.

Social media is increasingly being exploited to contact , recruit and sell children for sex , according to a study by The University of Toledo Human Trafficking and Social Justice Institute.

As reported , the study reveals how traffickers quickly target and connect with vulnerable children, girls and other victims on the Internet through social media.

The following are seven tricks employed by human traffickers to lure and trap their victims:

• They use fake job posts to recruit unsuspecting victims.

• They ask for sexually explicit photos and use such to blackmail their unsuspecting victims eventually.

• Traffickers study what a potential victim posts on social media sites such as Facebook, Instagram or SnapChat, as well as dating apps such as Tinder , Blendr and Yellow , or webcam sites like Chatroulette and Monkey.

• They learn about the girls and pretend to understand their victims , most of whom almost always feel misunderstood , unloved and ugly.

• Predators also look for indicators of substance abuse , runaway activity and destabilization within the home.