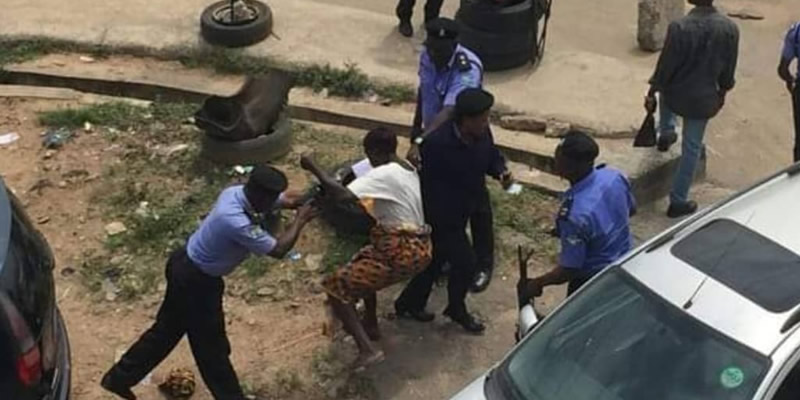 An elderly woman identified as Sariyu Akanmu, was allegedly brutalised by policemen while 10 members of the RevolutionNow group were arrested in Osogbo, Osun State.

The police had asked the protesters to disperse but the youth, numbering about 30, decked in orange beret and handkerchiefs, stood their ground and sang protest songs for about two hours.

In the ensuing melee, Sariyu, who is about 70 years old and sells fufu, was brutalised by a policewoman, while another policeman hit her with his footwear.

Journalists and many bystanders were also not spared, as a police woman released tear gas canister into the face of Sunday Oguntuyi, the correspondent of Nigeria News Direct newspaper.