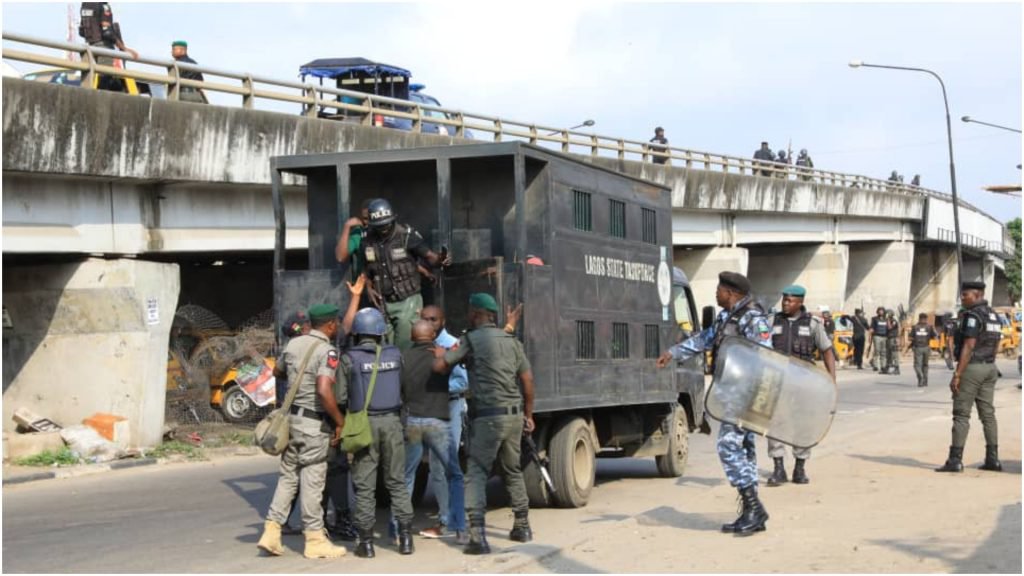 Police in Osun on Wednesday arraigned five members of ‘Revolution Now Movement ‘ before a Magistrates’ court sitting in Osogbo, the Osun State capital.

They were arrested on Monday, following a protest in Osogbo.

The five accused persons were arraigned on 3-count charge of unlawful assembly as to cause fear and disturb the peace of the community, among others.

The Police Prosecutor, Felix Okafor told the court that the five accused persons and other that have escaped committed the crime on 5th August, 2019 at Olaiya Area of Osogbo.

Oyetola was not attacked by #ENDSARS Protesters, it was an…

The accused persons pleaded not guilty to the offences levelled against them.

Their counsel, Barrister Alfred Adegoke pleaded with the court to grant them bail in the most liberal term, adding that his clients had agreed to abide with the law of the land.

Adegoke further explained that some of the accused persons were members of ASUU, and students’ union of different institutions, saying they were coming from a press conference at N.U.J correspondents’ chapel before they were rounded up.

He described charges preferred against them as misdemeanor.

The presiding magistrate , A. O. Ajanaku granted the five accused persons bail in the sum of N50, 000 each with one surety, whose identity would be verified by the prosecution.