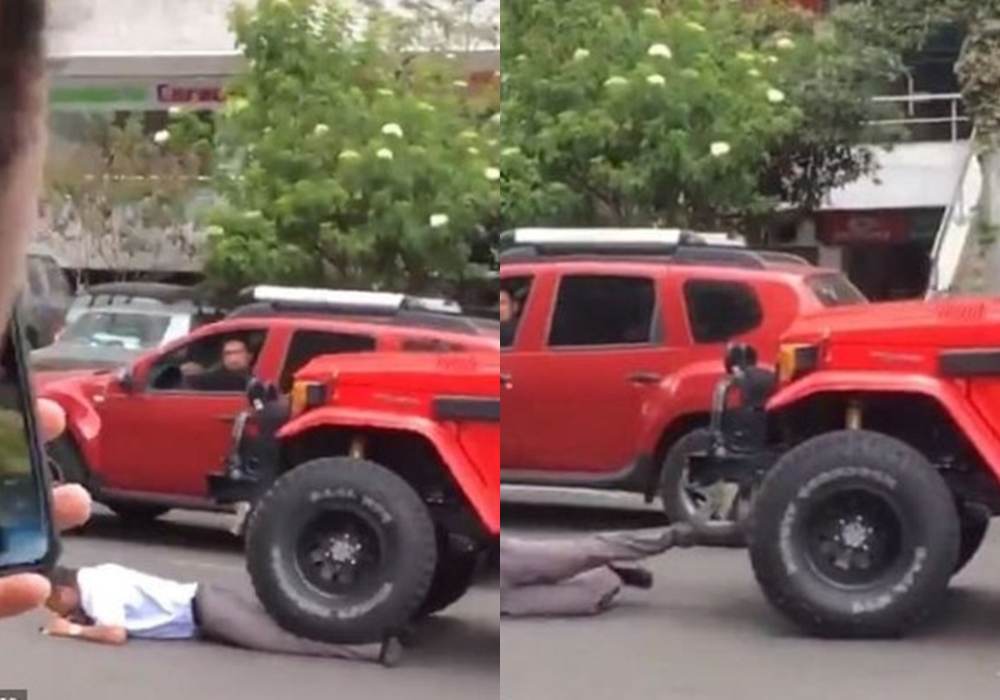 A mobile device has captured the horrific moment a man driving a jeep ran over a bus driver following a traffic accident in Colombia.

Fellow motorists driving by the scene recorded the sickening moment one José Mauricio Gil Velásquez slowly accelerated and drove over Vargas’ body following an argument between the men. Witnesses shouted at the Gil Velásquez to reverse in order to free the bus driver who was pinned under the wheel.

Vargas was treated by paramedics on site and taken to a local hospital. He didn’t suffer any fractures although he was seriously bruised on his legs.