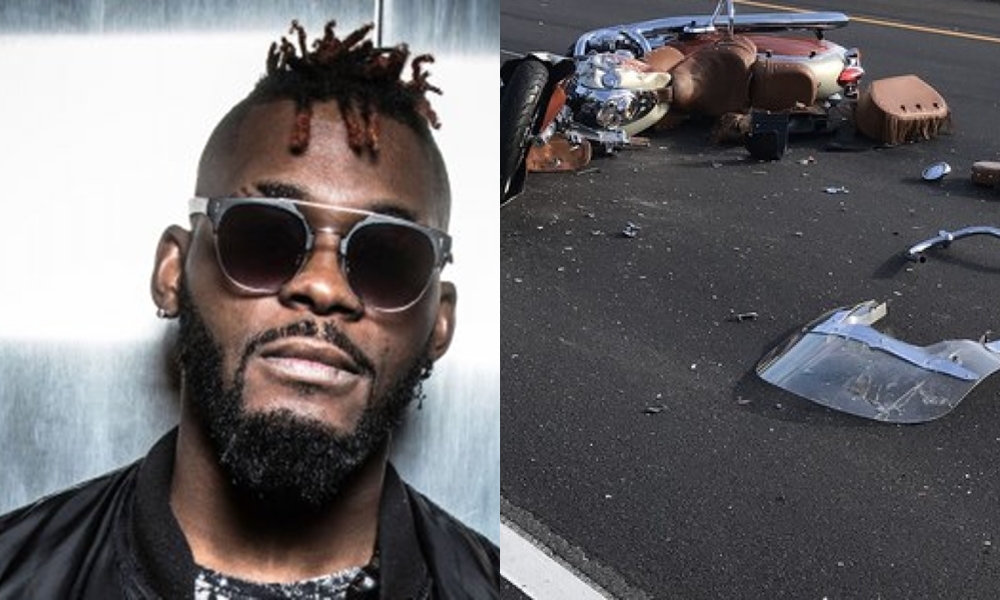 DJ Arafat, an Ivorian singer with a huge following in francophone Africa died after a road accident in Abidjan.

The state broadcaster RTI while announcing his demise on Monday tweeted:

According to messages and pictures circulating on social media, he had been driving a motorbike and smashed into a car. Critically injured, he was taken to an Abidjan hospital, where he later died.

Ivorian Culture Minister Maurice Kouakou Bandaman expressed his condolences and said a tribute would be organised to honour the musician.

The report of his death was also confirmed by Davido on Twitter, the singer wrote:

A few minutes later he went on to confirm the death of the music star with a photo of Arafat and captioned it with a quote;

DJ Arafat, or Arafat Muana, born January 26, 1986, as Ange Didier Huon. He is considered one of the most popular African artists in Francophone countries around the world. DJ Arafat is one of the first in his country Ivory Coast to obtain 1 million views in less than a day on his song ‘Moto Moto’