Janet Jackson has surprised what could easily be considered her No. 1 fan.

A young man identified as KB Strawder Jr. gifted his father who is a die hard fan of Janet Jackson with tickets for Father’s Day and he was surprised once again while at the concert.

As Jackson’s Vegas residency is about to wrap up, his father was brought backstage where he was questioned about his favorite part of the show when the singer came up behind him and wrapped her arm around his shoulders.

He looked shocked for a moment until they hugged and he repeatedly thanked her. Watch the video below:

Remember my dads reaction on Father’s Day to him finding out he was going to see @JanetJackson show in Las Vegas?….well we went to the show and there was one more surprise. pic.twitter.com/NjMAQOMWkN

When Strawder Jr.’s first post where he gave his dad the tickets caught attention on Twitter, he wrote,

“Thank you all so much for the love. My dad is excited that you all are excited for him. Follow me on Instagram @Real_KB and I’ll make sure to post the entire trip on my IGTV Hopefully @JanetJackson will see this!”

Watch my dad’s reaction to him finding out that my brother and I are taking him to Las Vegas to see @janetjackson 😂😂😂😂 pic.twitter.com/j34AYEp0cT

Cleary Ms. Jackson did see it because he just got the surprise of a lifetime. 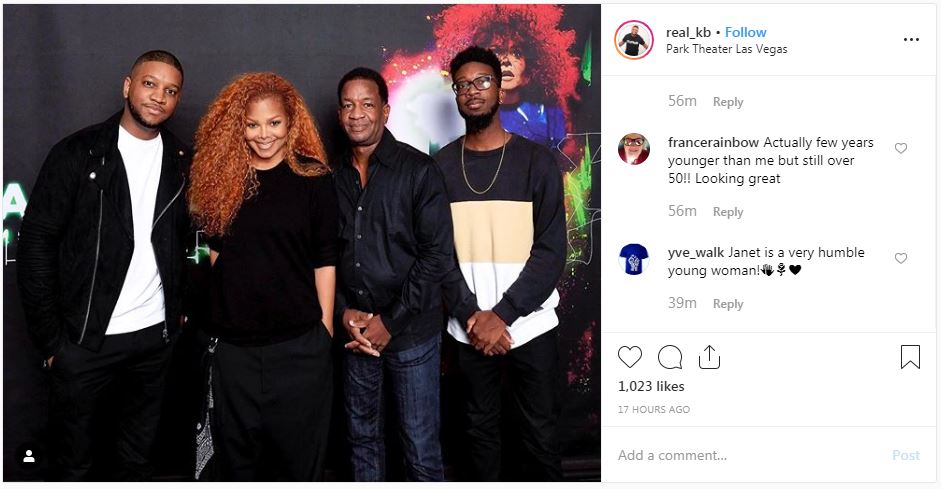