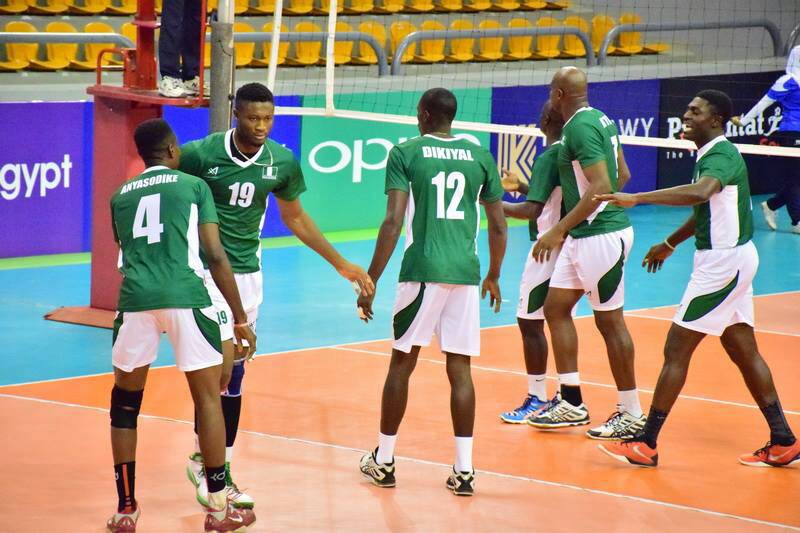 Parents are urged to allow their children and wards to participate in volleyball to give them the advantage in a sporting career and preparing them for the future of the sport.

He said the three-day “Nimrod 300” volleyball talents at the summer clinic / competition between academies at Moshood Abiola National Stadium in Abuja were one of the programs designed to develop the sport.

• “We have been organizing such events in the north for nine years. This week, another basic program will begin in Kaduna.

• “We need to involve children in sports, especially beach volleyball and volleyball, and this will help reduce the aimless drifts for children during this holiday period.

• “We can discover raw talent through a program like this, where they learn the basics and techniques of the sport. Some children already love sport, “said the president of NVBF.

According to the NAN, the clinic / competition started on Thursday in Jikwoyi, Abuja, and ended Saturday at the Moshood Abiola National Stadium, also in Abuja, with the participation of 300 children.

Nimrod, while urging children to be serious about education, said children who combined sport and education were brighter.

• “I was very impressed by the performance of the kids at the first edition of Saturday’s Summer Clinic. This shows that we have talented players who will represent the country in future competitions.

• “But they must be serious in their studies and it is very possible that they combine education and sport. I am a graduate engineer today, but I have been playing volleyball for many years, “he said.

• Nimrod also urged children not to use drugs, warning that the consequences were serious.

• “They did not need drugs to succeed in their careers.

• “However, I must warn these future players that there is no shortcut to success.” The athletes who have proven to be the world leaders have succeeded thanks to hard work, “he said.

In the meantime, on August 9, 2019, about 300 children had been in training in volleyball in Abuja, under the supervision of the officials of the Nigeria Volleyball Federation (NVBF). Children were trained at the first edition of the training between the “Nimrod 300” volleyball academies of summer talent and at the competition in Abuja.

NNN news reports that the event is being organized by Vincent Unogwu, coordinator of the Rubicon Volleyball Academy in Abuja, in collaboration with NVBF President Musa Nimrod. Unogwu told NAN that the event would contribute to the discovery of raw talent for the future of volleyball in the country.

“The event builds on the federation’s vision of basics as the board’s core policy and vision. “It is organized to develop the basics of sport and the program will also raise awareness of sport in Nigeria,” he said.

Unogwu revealed that a total of seven academies from four states, namely FCT, Kaduna, Katsina and Plateau, participated in the event in Jikwoyi. “This is the first edition of summer volleyball for kids. Children ages 4 to 19 participate in this three-day event.

Some NetBet fans agree that this is one way to recruit talented players that we will build for national teams because we only have one of the players on the National Under-19 Team who are there to encourage them to love this game. sport. “We train them to practice volleyball and beach volleyball. It’s a good place for us on the Jikwoyi football field, where we have both volleyball courts.”

“Children have a great opportunity to participate in events like this. In the past, some had the opportunity to study in Japan and the United States with a full scholarship, “he said, according to Unogwu, volleyball is not as difficult as football or Basketball is easy to play and the next three years will be the masters of sport.

He urged parents to allow their children and wards to participate in any sports of their choice, including volleyball. “This will give them the advantage of progressing in their sporting career and preparing them for the future of the sport,” said a senior official at NVBF.

He congratulated the president of NVBF, who showed a good passion for the sport and who is also very interested in developing the game from the ground up. NAN reports that the event that began Thursday should end Saturday.