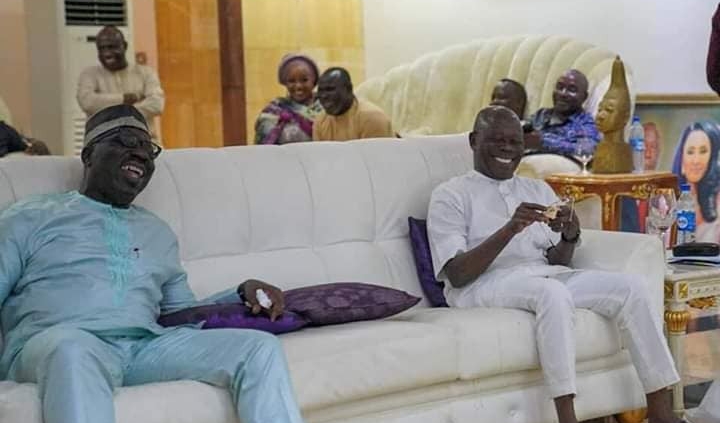 The political fight for power and supremacy between the former Edo State Governor and the National Chairman of All Progressives Congress (APC), Adams Oshiomole and the incumbent governor of Edo state governor, Godwin Obaseki ended last night.

The two politicians who have been engaged in a battle of supremacy in the state, buried the hatchet when Obaseki paid Oshiomole a surprise visit in his home in Iyanmoh to celebrate  Sallah.